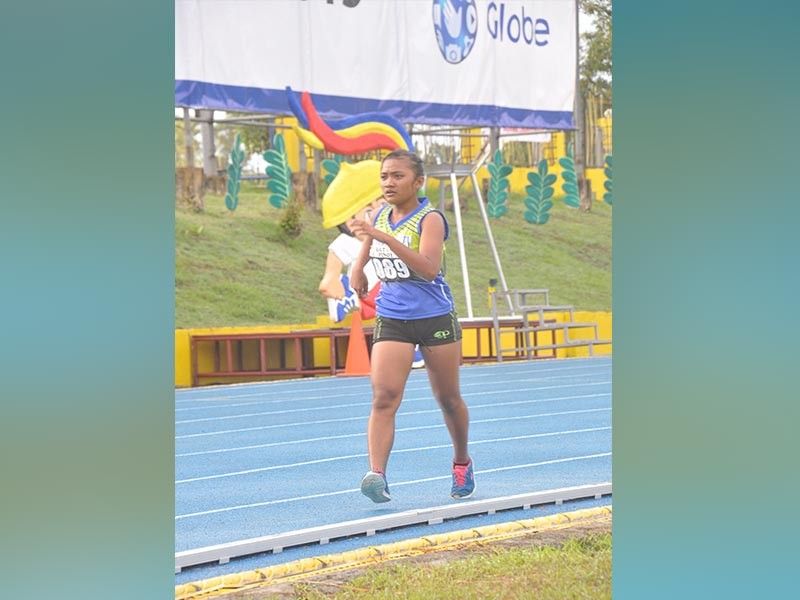 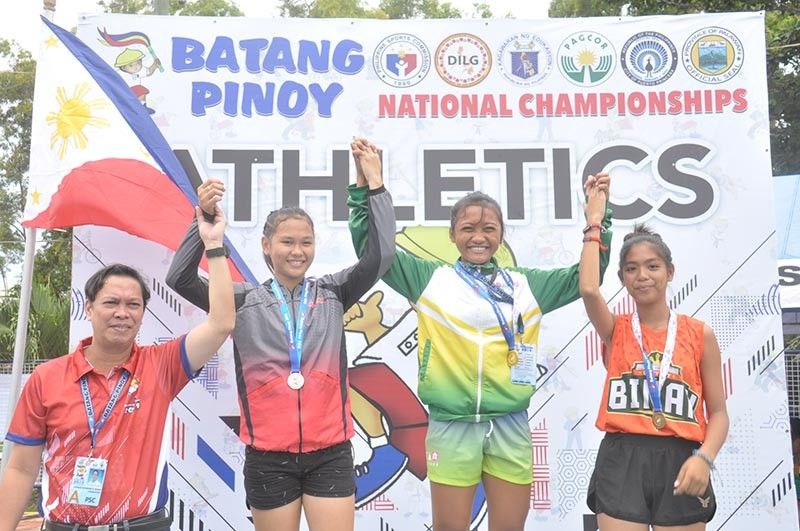 Palarong Pambansa 2019 bronze medalist Catubig, 15, of Bago Aplaya walked her way to a golden finish in girls 15-under 2,000m walk by clocking 10 minutes and 57.9 seconds at the Ramon V. Mitra Sports Complex.

She prevailed over next two finishers Jane Krissel Buizon of Pangasinan Province who registered 11:59.5 and Summer Morante of Binan City (12:03.03).

Catubig, a 15-year-old Grade 9 student of Erico T. Nograles National High School-B, said, “Nalipay ko og nakulbaan kay karon rako nakadula sa Batang Pinoy nationals og mao napud ni akong last kay 16 nako next year (I’ m so happy and nervous as this was my first Batang Pinoy nationals and this is also my last since I would no longer be eligible to play next year).”

She only thought of her parents Ruel, a jeepney driver, and Leonila, a Red Ribbon employee, and her teachers who have been very supportive of her endeavors, during the race.

Robert Avancena trained three hours every day for the past three months to master his routine and his efforts were not in vain.

In a phone interview with SunStar Davao, he was elated by his feat. “Wala ko magdahum pero ako lang gitarong akong kata (I did not expect to win the gold but I just really did my best in my kata).”

He is no longer competing in other events but Avancena said he is going home fulfilled.

His parents Romeo, businessman, and Lotes, a housewife, watched him perform Tuesday and that motivated him even more to give his all.

Over at the Robinson’s Place, Baruiz struck for gold in the girls traditional individual anyo single weapon event.

Kapatirang Doble Elisi chief Mario Palazuelo, who served as technical official in the arnis competition, lauded Baruiz’s feat having delivered the first gold for the team.

Baruiz, 13, is a student of the Davao City National High School.