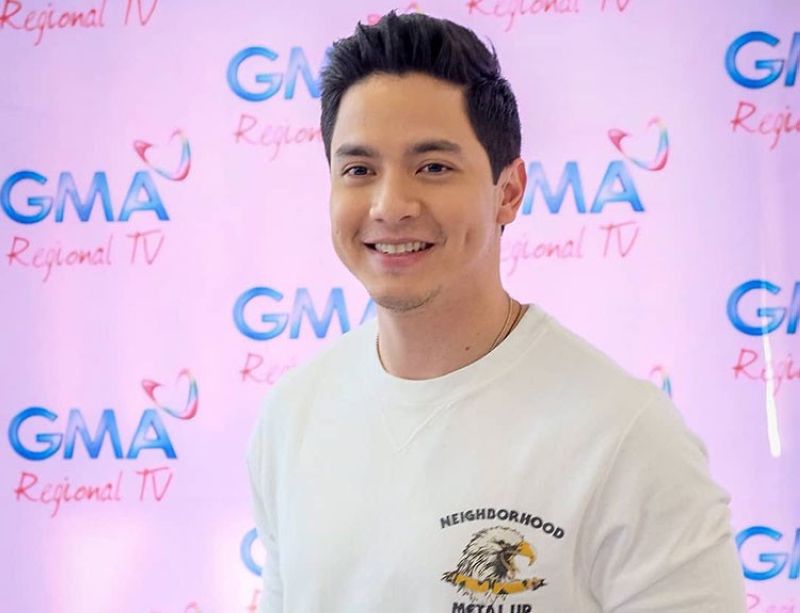 KAPUSO actor Alden Richards has admitted that his latest role is challenging.

The 27-year-old hunk, who is considered as one of GMA Network’s most precious gems these days, met with the Davao entertainment writers on Friday, August 23.

During the interview, Alden shared how he felt when he learned that his newest role would be about a blind man who grew up in Divisoria. While he was excited to give life to the character of Joseph, he was somehow nervous as well because of the pressure that comes with the portrayal.

“It’s very difficult to play a character with a disability kaya nag-research talaga ako,” he said, adding that he even talked to some people just to understand the experiences of someone who was born well but eventually lost his eyesight.

To further prepare him, Alden also had an immersion with the non-government organization Resources for the Blind Incorporated.

Alden’s co-stars, Mikee Quintos, Thia Thomalla, Ysabel Ortega, and Martin del Rosario, likewise had their respective preparations for their roles. All of them were one in achieving the goal of not only giving the audience the best show but as well as the inspiration that many people need.

In the meantime, Alden gave his co-stars words of inspiration when it comes to their journey in the Philippine showbusiness.

The actor, together with the other cast members of the upcoming teleserye “The Gift”, were in Davao City to join the Kadayawan celebration. In fact, they just came from the Kapuso Mall Show at the Gaisano Grand City Gate Mall in Buhangin before joining the press conference.

On Saturday, August 24, they were part of the Pamulak sa Kadayawan floral float parade.