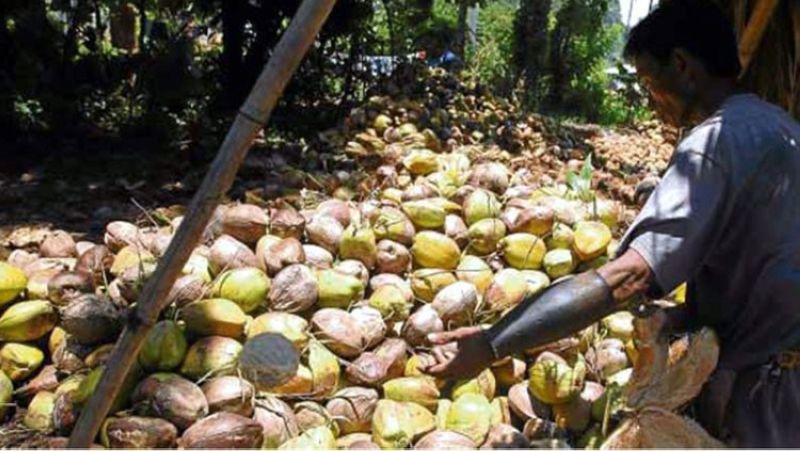 DAVAO. Philippine Coconut Authority said exportation of coconuts may temporarily help farmers increase their income as the industry continues to struggle with the decline of copra price. (SunStar File)

THE appeal to lift the ban on exporting mature coconuts may temporarily help farmers increase their income as the industry continues to struggle with the decline of copra price, the Philippine Coconut Authority (PCA)-Davao said.

Mindanao Development Authority (Minda) chief Secretary Emmanuel Piñol proposed to Executive Secretary Salvador Medialdea the consideration of the lifting the Presidential Decree (PD) which bans the export of mature coconuts issued in 1985 by President Ferdinand Marcos with an effect of an Executive Order.

In his Facebook post last August 15, Piñol said there is a ready market in the Chinese province of Hainan, which imports mature coconut from Vietnam, Thailand, and India for processing into coconut milk.

“While the prices of copra have collapsed in the world market, there is now a growing demand for dehusked whole mature coconuts and green coconuts for coco water. The importers apparently intend to process the whole mature coconuts into high value products like coconut milk, coconut flour and bottled coconut water while at the same time process the coco shells into coco charcoal briquettes,” he said.

“The Philippines is the world’s second biggest coconut producer, and is the largest exporter of coconut products. If the ban is lifted, the DA hopes to export 1,500 tons of mature coconuts initially,” he added.

However, Cabillan said while lifting the ban on the exportation of mature coconuts may help farmers, they still worry about the possibility of buyers offering lower price for the products.

Data from the Philippine Statistics Authority showed coconut output in the fourth quarter of 2018 reached more than four million metric tons (MT), an increase of 2.7 percent from 3.93 million MT in the previous year.