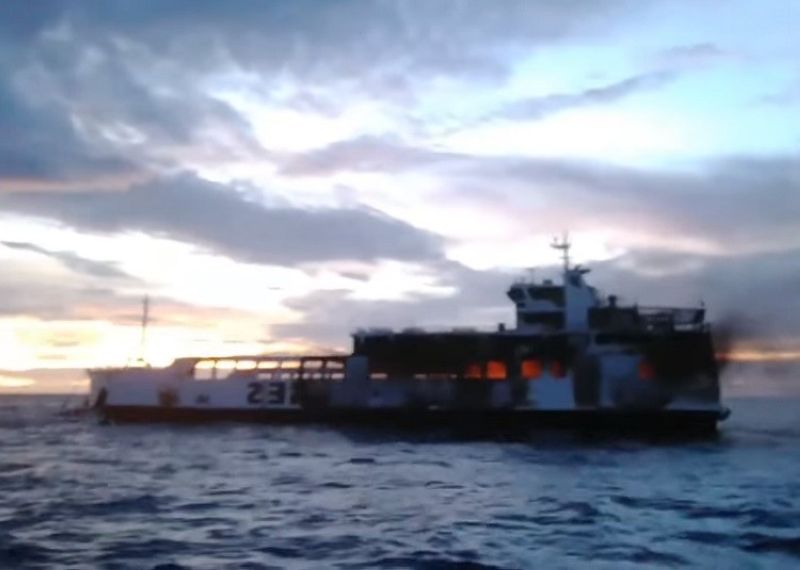 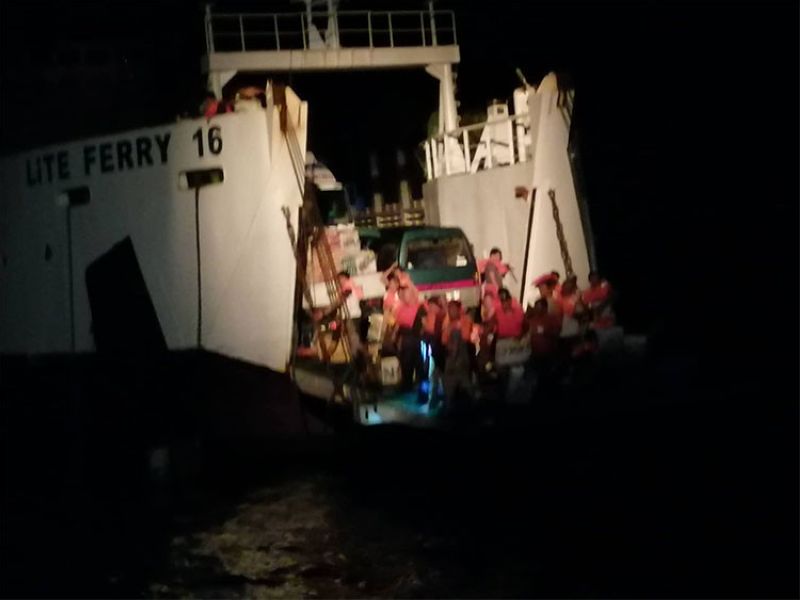 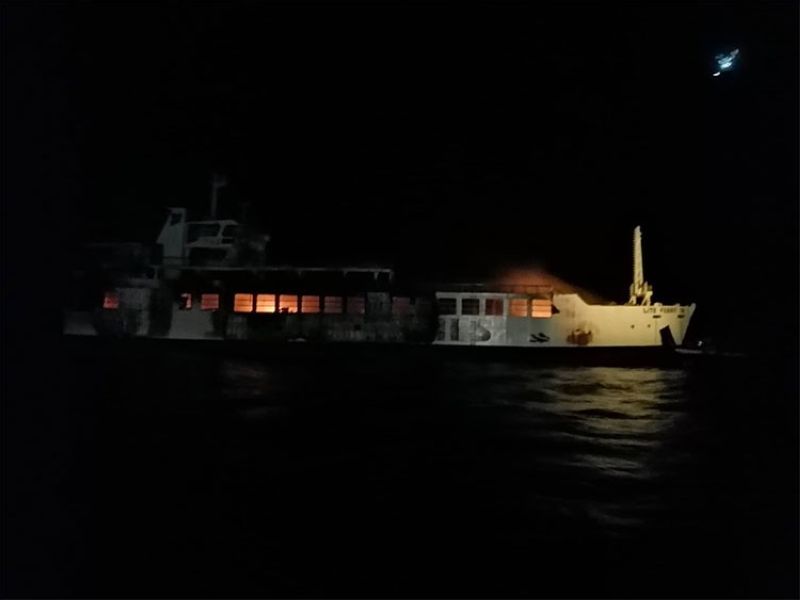 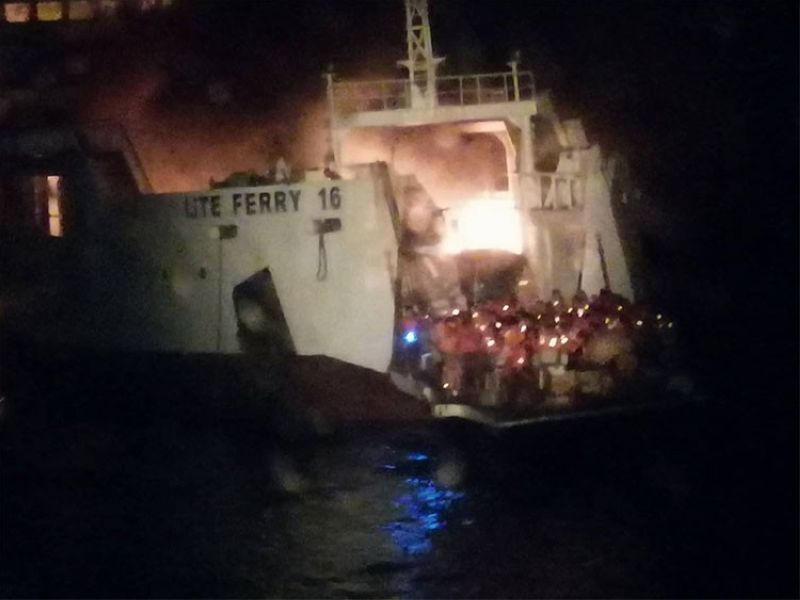 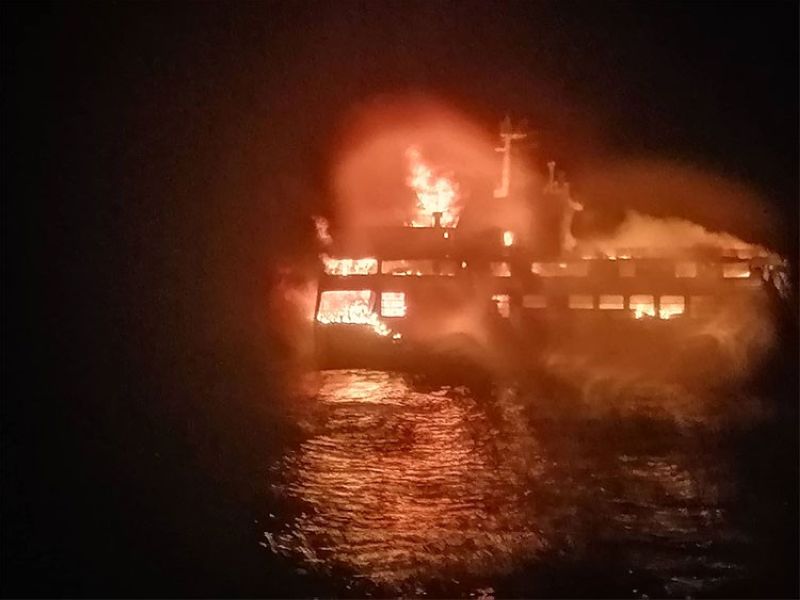 CEBU (Updated) -- Three passengers perished when fire broke out in the engine room of a passenger ferry from Cebu as it traveled toward Dapitan City, Zamboanga del Norte Tuesday night, August 27.

Authorities, though, have yet to identify them.

Apple Agolong, tourism officer of Dapitan City, said in a Facebook post that one of the fatalities is a 60-year-old passenger.

Search and rescue operations are ongoing as of Wednesday morning, August 28.

The M/V Lite Ferry 16 caught fire approximately 1.5 nautical miles from Polauan Port in Dapitan City. It was carrying 136 passengers and 40 crew members when it left the Samboan Port in Cebu at 6 p.m. Tuesday, August 28.

Most of the rescued passengers are now at the Dapitan City Resort Hotel.

The Philippine Coast Guard Northern Mindanao said in an initial report that the fire started inside the engine room of the vessel.

He and other passengers were rescued three to four hours later by a passing Fast Cat, but not before they jumped into the sea as fire had engulfed more than half of the ferry.

When Castro posted his video on Facebook around 7 a.m. Tuesday, the ferry was still on fire.

He said no Philippine Coast Guard personnel came to their rescue.

Castro’s account about the absence of the Coast Guard was corroborated by Allan Barredo, a passenger of the Fast Cat that rescued some of the passengers.

Barredo, in his online post, said they spotted the burning ferry before 2 a.m. Wednesday.

The FastCat left Dapitan for Dumaguete City in Negros Oriental at 12:15 a.m. Wednesday.

About 40 minutes into their voyage, the fastcraft's crew received a distress call from the Lite Ferries roll-on-roll-off (RoRo) vessel, Barredo said in an online interview.

He said they were able to rescue 40 or 50 passengers, including children and senior citizens.

“Infant was okay but was very cold. My wife held the infant for several minutes. And we gave our extra jackets and malong and towels. Weather was a bit chilly,” he said.

Most of the passengers that FastCat rescued had jumped into the water because the blaze had spread. Castro, in his video earlier, noted that they were all wet because they had jumped from the burning ferry.

Some people were also huddled together at the vehicle ramp of the RoRo vessel, waiting to be rescued.

“(FastCat) Captain maneuvered our boat close to the burning ship several times. Ropes were used as well as one rubber boat (in the rescue),” Barredo said.

“We did not leave the burning ship until all were rescued,” he added.

After three hours, he said there were still no Coast Guard boats in sight.

Barredo and his wife were traveling to Dumaguete City to celebrate their 20th wedding anniversary.

The FastCat arrived in Dumaguete around 11 a.m. Wednesday, about seven hours after their scheduled arrival. (MVI/AYB of Superbalita Cebu/JGS/WBS/SunStar Philippines)