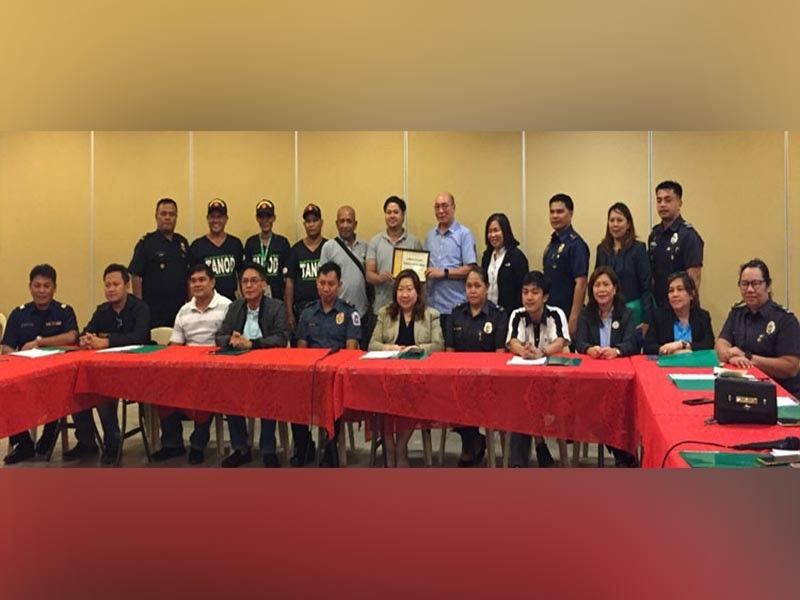 THE Bacolod City Peace and Order Council (CPOC) gave citations to Outstanding Barangay Tanods in the city both for group and individual category.

The winners for the 2019 Outstanding Barangay Tanod are set to compete for the regional search in Iloilo City next month.

Members of the city search committee with representatives from the Bacolod City Police Office, Bureau of Jail Management and Penology, Bureau of Fire, Regional Training Center 6, National Police Commission, and the City Disaster Risk Reduction and Management Office were recognized for their contributions in the evaluation process.

Meanwhile, members of the POC unanimously endorsed in a resolution to the City Council to declare the New People’s Army as persona non grata following suit with other local government units which have made such declaration.

In a resolution, the National Police Commission representative Mae Diamante also suggested for the conduct of the Community and Service-Oriented Policing or CSOP among barangay captains, barangay chair for peace and order, the executive officer of the barangay tanods, and the station chiefs of the different police stations in the city.

This, after the City Council committee on peace and order Councilor Al Victor Espino urged the members of the POC and the public to help the police force in maintaining peace and order in the city, following the jewelry heist and several unsolved killings.

CSOP bridges the community and the police officers to work closely in the communities by developing a sense of character of the neighborhood through regular and informal contacts with residents and institutions in the area. (PR)>/b>