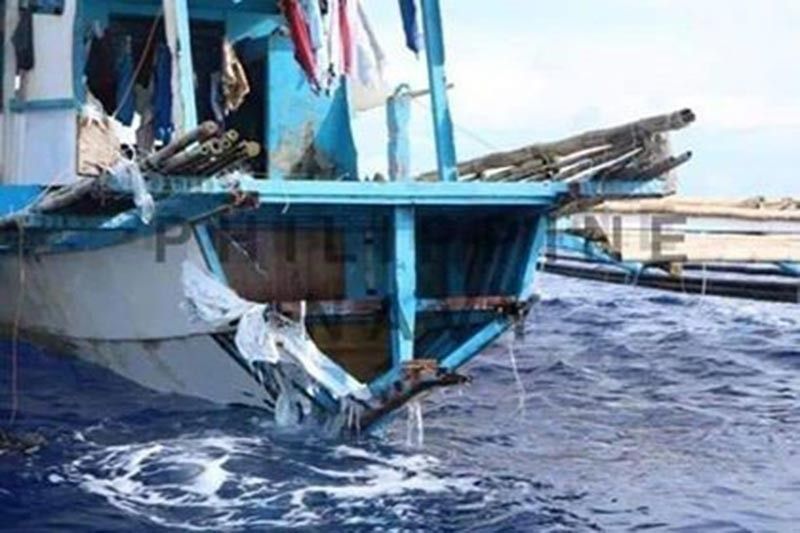 Philippine fishing boat Gem-Ver1 was wrecked after it was struck by a Chinese vessel near Recto Bank on June 9, 2019. (File Photo)

CHINA has issued an apology to the Filipino fishermen whose trawler was rammed and sunk by a Chinese vessel in the Philippine-occupied Recto (Reed) Bank in the West Philippine Sea (South China Sea).

Presidential Spokesperson Salvador Panelo made the confirmation in an interview in China Wednesday, August 28.

A document uploaded by the Department of Foreign Affairs (DFA) on its Twitter account on Wednesday contained China's apology.

Quoting a translation from the Chinese Embassy in the Philippines, the DFA said Beijing felt "deep regret" over the Recto Bank incident on June 9, 2019.

"An accidental collision between a Chinese and a Philippine fishing boat in the waters of Reed Bank, Nansha Island Group on the evening of 9 June, caused

damage to a Philippine fishing boat. It was fortunate that there were no casualties," the letter from China read.

The Duterte government earlier filed a diplomatic protest after a Chinese vessel hit Philippine fishing boat Gem-Ver1 while it was anchored near Recto Bank on June 9, 2019.

The Chinese left the 22 Filipino fishing crew of Gem-Ver1 at sea. The Filipinos, who clung to pieces of their wooden boat, were later rescued by a Vietnamese fishing boat.

President Rodrigo Duterte, who is set to leave the country for a working visit to Beijing later Wednesday, had insisted that while the allision was "serious," it was a just a "very small" maritime incident.

A joint report by the Philippine Coast Guard (PCG) and Maritime Industry Authority (Marina) found that the June 9 allision of Gem-Ver1 and the Chinese boat at Recto Bank was a "very serious marine casualty" due to the total loss of the Filipino fishing vessel.

The report also emphasized the Chinese vessel's failure to "take appropriate action to avoid the risk of collision and to render assistance to a vessel in distress.” (SunStar Philippines)
< Previous PageNext Page >