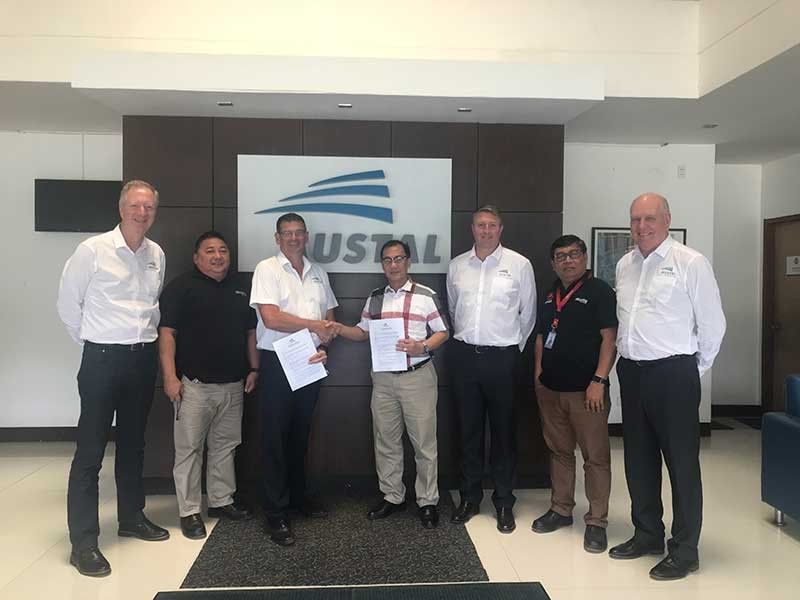 Austal has identified the Aboitiz firm as the potential local subcontractor in case it succeeds in its bid.

The Australian firm recently expanded its shipyard in Balamban, which will pave the way for the construction of OPVs in Cebu’s shipbuilding hub.

Potentially, ACI will undertake the cutting and fabrication of the OPV steel hulls.

The tapping of a Filipino contractor that has a proven track record in fabrication and steelworks like Aboitiz Construction is seen to strengthen Austal’s bid, which combines Australian marine technology and world-class Filipino workmanship.

Wayne Murray, president of Austal Philippines, is optimistic about the deal.

Since 2011, Austal Group’s Philippine unit has become an integral partner in building revolutionary high-speed ships for governments, navies and ferry and offshore operators around the world.

“We can contribute our expertise to help modernize the naval fleet of the Armed Forces of the Philippines (AFP). We believe that we can pursue the bid with Aboitiz Construction as our preferred local contractor for this endeavor,” Murray said in a statement Wednesday, Aug. 28, 2019.

ACI president and chief operating officer Alberto Ignacio Jr. noted the company’s experience in fabricating hulls and other steelwork for its clients in Japan, USA and Canada.

“We are equally optimistic about this partnership as we further demonstrate our growing capability as a trusted local contractor for international customers, further enhancing our brand promise to advance business and communities,” the official said.

Austal earlier expressed its interest to build six OPVs for the Philippine Navy, as part of the AFP’s modernization program. / (CSL)