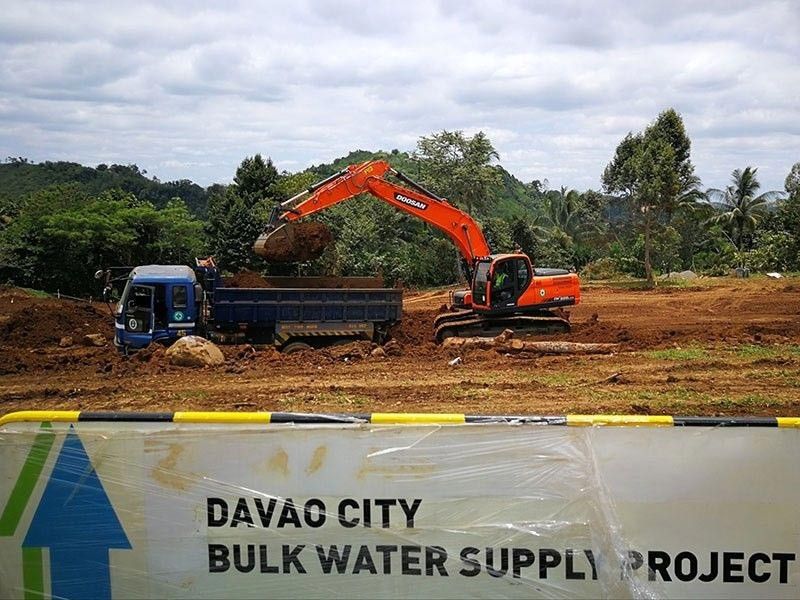 THE Davao City Water District (DCWD) said that while contractors of the Davao City Bulk Water Supply Project (DCBWSP) are trying their best to fast-track it, an official of the water utility said the construction of the project would entail more time so that DCBWSP would function very well.

DCBWSP is a water project of the Davao City Water District (DCWD) and the Apo Agua Infrastructura Inc. (AAII) that is expected to provide around 300 million liters of water to the consumers once it will fully operates in the first quarter of 2021.

DCWD spokesperson Jovana Cresta Duhaylungsod said Wednesday, August 28, that AAII is aware of the call of the City Government for them to exert efforts in the construction of the bulk water project so that residents suffering from poor water service will be alleviated.

Councilor Danilo Dayanghirang expressed his disappointment to the water utility for failing to address the water problems in his constituents' area, District 2, particularly in the areas of Indangan, Cabantian, and Panacan, wherein problems such as low water pressure, water color discoloration, and foul odor are continuously experienced by the residents.

Dayanghirang suggested that the construction of DCBWSP must be done "24 hours" as it is the best solution to the looming water problem in the mentioned areas.

Although Duhaylungsod said that DCWD understands the sentiment of some councilors and water consumers, she said the project construction needs more time for it to function well.

She said among the considerations of the project is the pipe-laying of water paths, which he said would take a long time due to the inconveniences its construction would cause, such as traffic.

"Rest assured that Apo Agua knows the urgency of the project. But we have also to be realistic that the bulk water facility would entail the construction of facilities," she told SunStar Davao in a phone interview.

AAII general manager Ones Almario said in a previous report that they cannot guarantee to finish the construction earlier, as urged by Duhaylungsod. But he said they are still on track with their set timeline. He said the pipe-laying will start this October.

Duhaylungsod, meanwhile, said they are continuously improving their water service.

As to Dayanghirang's proposal of urging the Congress and the National Water Resources Board (NWRB), she said DCWD is willing to present themselves during inquiries.

"Isa na sa among commitment, whether kinsa magpatawag, even if it's the customer needing explanation sa water service nila, we will answer unsa ilang pangutana tungod apil kana sa atong transparency na atong matubag ilang concern (It is part of our commitment for transparency to the public. Whether it's the customer who needs an explanation of our water service, or the government, we will answer it)," Duhaylungsod said.