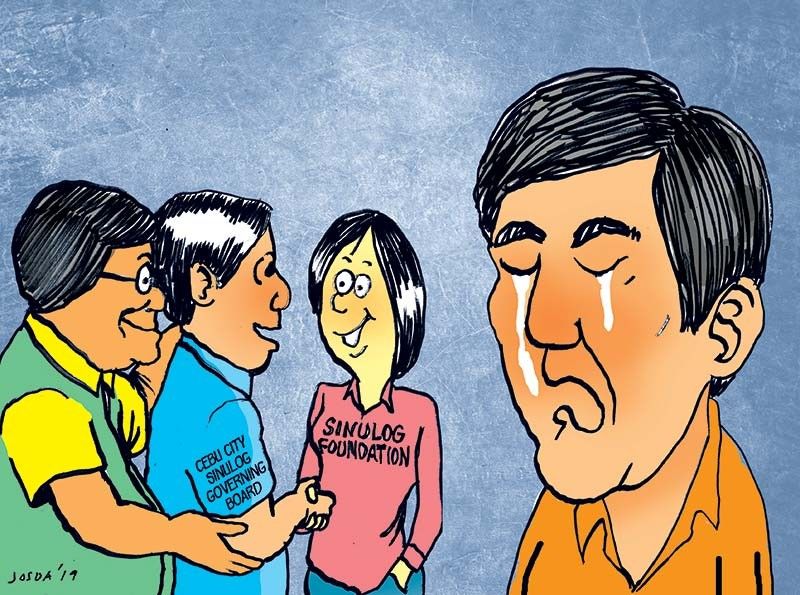 CEBU City Vice Mayor Michael Rama was probably the loneliest person on earth when news about the creation of the Cebu City Sinulog Governing Board (CCSGB) reached him. He admits he didn’t see it coming, and it’s something he could not quite comprehend yet. That he seems suddenly out of the loop is simply beyond him, he is obviously hurt and it’s not as though anyone wasn’t a phone call away.

“I don’t know. Maybe they are thinking that they can do better with this setup. Importante kaayo nga makombinser nato ang (It is important to convince) SFI (to accept the creation of CCSGB) kay ang Sinulog Foundation (SFI) gi-create na siya so that dili maapil sa pulitika ang Sinulog (since the SFI was created so the Sinulog would not be embroiled in politics),” Rama said.

Rama was recently chosen as chairman of the SFI, he had been the foundation’s chair for 14 years.

The city’s Sinulog festivities have always been overseen by the SFI since 1984. Accordingly, the rationale for the creation of a body that’s predominantly private-sector led was to keep it free from any political embroilment.

But since crucial in the role of the SFI is orchestrating an activity so massive it had to pool different government agencies and resources, it sort of creates an awkward situation where a non-government agency is calling the shots and government cooperates. Perhaps, there might be a need for an entity to govern the Sinulog, which involves taxpayers’ money, in official capacity. Talk about offical accountability.

The mayor’s executive order says thus: “There is a need for the creation of the board that will complement the functions of the Sinulog Foundation Inc. and that will focus on coordinating with the concerned agencies and entities to ensure the smooth implementation of the core activities, thus reassuring the success of the Sinulog Festival celebration.”

There might be something about pride and territory that slighted Rama in the process. For one, Labella released the executive order (EO) shortly before leaving on a jetplane for Bangkok, and the vice mayor only knew about the EO when a reporter asked him about it. He hints of prowlers who are out to create a wedge between him and the mayor.

“Kinsa may gustong mag-away nga ang gusto nato karon tunhay ug hapsay pero og naa gyuy gusto magpa-away, mag-away gyud (What we want is a harmonious relationship but if someone wants to strain that, then it will be strained),” he said.

Rama said the SFI had already come up with a strategic plan for next year’s Sinulog, but it seems that with the creation of a new body, defining boundaries and tasks between the SFI and the CCSGB need to be ironed out.

This could go either way. It could create political tension and break hearts or it would enhance efficiency in the organizing of the Sinulog.