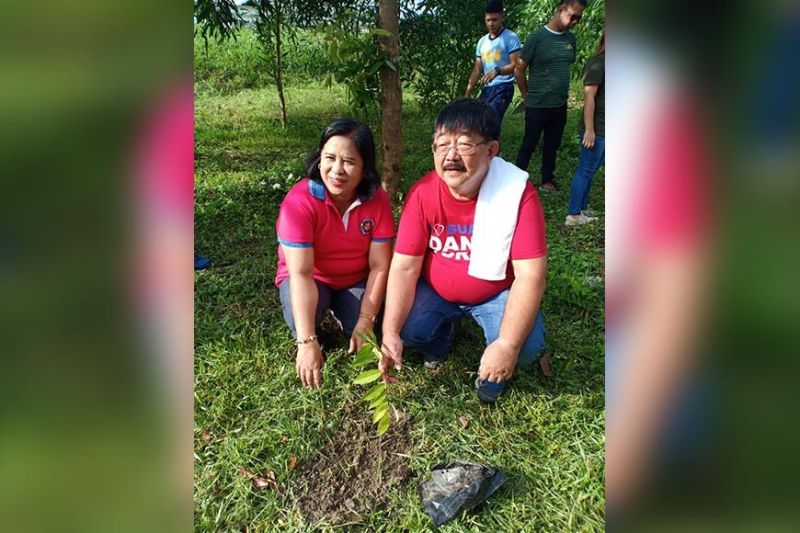 VOLUNTEERS from non-government organizations and officials of the Municipal Government of Guagua, led by Mayor Dante Torres, took advantage of the gloomy weather Thursday, August 29, as they planted dozens of young trees at the section of the Megadike.

Dozens of participants trooped to the planting site as early as 6:30 a.m.

The event included the planting of fruit bearing trees, as well as ornamental plants in the area of the Artist Haven, a section of the dike that is now being promoted as tourism and eco-destination area.

Torres is capitalizing on the area that is already a frequent destination for bikers from all over Pampanga after certain sections of dike roads have been paved by the Department of Public Works and Highways.

The area will also be promoted as the next pilgrimage destination in Pampanga during the Lenten season, as the Municipal Government had finished the construction of life-size murals of the traditional Stations of the Cross depicting the passion and death of Jesus Christ in the area located near the old Paglabuan River.

The area is the former site of the once strong Paglabuan River that shrunk into a meager creek after the eruption of Mt. Pinatubo. Lahar silted and covered the once vast area of the river. It is in this area where the Guagua section of the Megadike was constructed.