40 tons of fruits shipped to Baguio 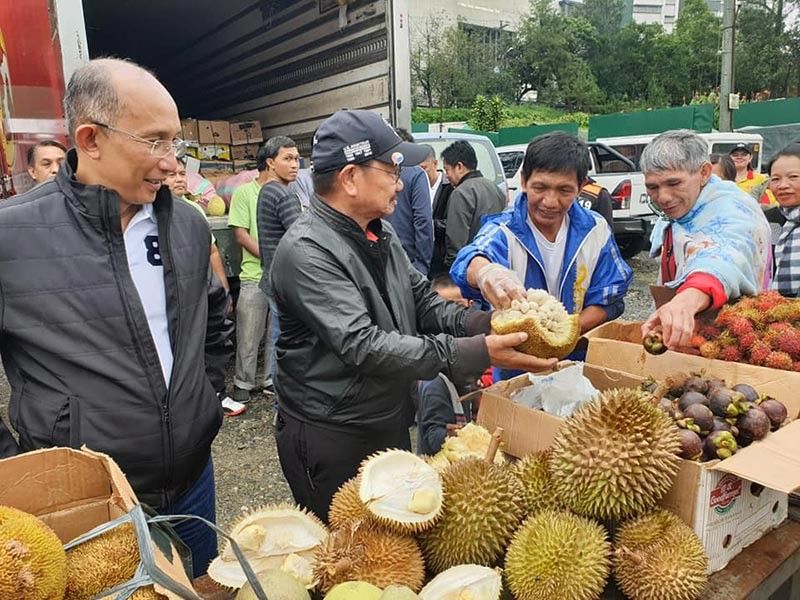 ANOTHER 40 tons of assorted fruits from Mindanao will be shipped to Baguio City this weekend to be sold along Session Road.

The shipment will be the second batch of fruits for the re-run of the Mindanao Development Authority (Minda) Fruit Festival in the area.

In the first staging of the event, more than 20 tons of fruits like durian, rambutan, mangosteen, lanzones, and pomelo from Davao Region and Soccsksargen were shipped to Baguio City. The first Minda Fruits Festival generated around P1.1 million and 200,000 foot traffic in four hours.

Minda chairperson Secretary Emmanuel Piñol said in a Facebook post Thursday, August 29, 2019, that two trucks loaded with 12 tons of durian and 12 tons of pomelo already started a three-day journey to the north in time for the Fruit Festival on Sunday while perishable fruits like lanzones, marang, avocado and mangosteen will be shipped by air on Saturday from Francisco Bangoy International Airport (Davao Airport) to Clark International Airport.

“The transport of highly perishable fruits will have to be reviewed because of high spoilage in the last shipment,” he said.

Piñol and Baguio City Mayor Benjamin Magalong are set to sign Memorandum of Understanding (MOU) between MinDA and the City Government to formalize partnership in the conduct of the project.

On Wednesday, Piñol convened the farmers and fruit growers across Mindanao as the agency plans to expand the fruit festival event in other areas like Cebu, Pampanga, Pangasinan, Nueva Ecija, Iloilo, Metro Manila and other major cities.

The agency is currently working on with the consolidation of the volume capacity that fruit farmers in Mindanao could provide given the high demand. Piñol also met with the Airline companies to set a special air link arrangements in order to sustain the said project.

The project aims to offer the fruits at P20 to P30 lower.