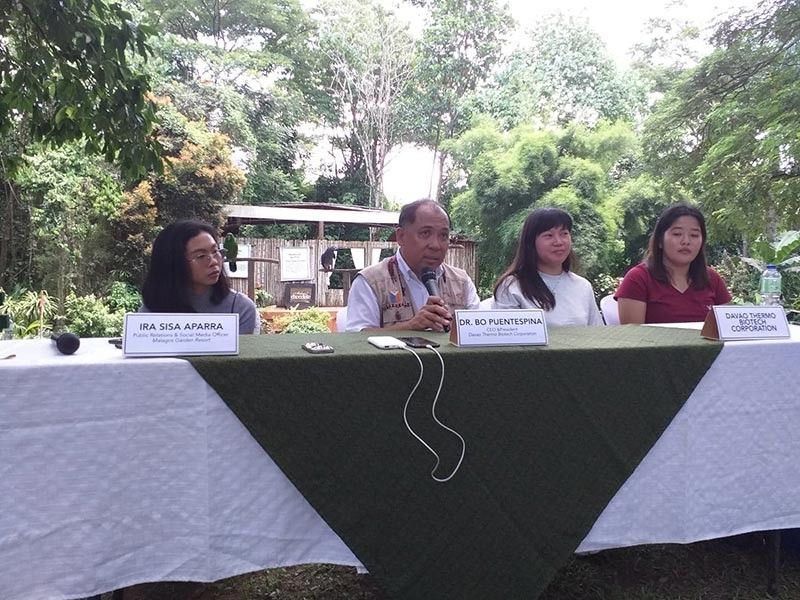 A HOMEGROWN waste management company which has been running for two years already is going to go full blast with regards to their production.

“Kasi, Davao City produces about 750 tons of waste per day, hati-on nimo na sa biodegradable and non-bio, so that’s about 350 tons per day and we manage about 50 tons of waste a day and that’s a little bit sizeable already, so theoretically we can produce 2 tons of bio-fertilizer a day,” Puentespina said during a press conference held after his last bird show at Malagos Garden Resort in Malagos recently.

“We leave the communities with biodegrable waste containers, they put their waste inside the container, we collect it with a fee, and then we compost it to revert to soil, then we sell again the soil to those who might need it,” he said.

This is one of the reasons why Puentespina needed to stop being the host of the Malagos Bird Show at the Malagos Garden Resort, one of their family’s business, to focus more on the waste management venture, also owned by the Puentespinas.

“We’ve been working for this for two years now, our primary clients are industries kay they need to comply man for regulatory compliances. But now we’re moving towards the community and working with the community needs weekends or Sunday because that is the only time when the community can be engaged in talks,” Puentespina said.

He said they made an innovative way of collecting biodegradable waste from the community. They will provide drums with seal to the community where the household can place their biodegrable waste. The company will then collect the drums with collection fee in return.

“And then ginadala namo sa among (We bring it to our) composting plant located sa Binugao, Toril, and there we do the compostiong as the basura comes in we processed it right away everyday,” he said.

However, he revealed that one of their struggles is the dependency of the community to the government.

“Ganahan kaayo unta ang community but the problem kay naanad na sila na ginahatag lang sa gobyerno ang service nga ibre, so naga-struggle pa mi og unsaon pag-convince sa ilaha nga naay additional payment aside from the garbage fee the government is collecting (The community would love this. However, it is hard to convince since they have to pay us to collect the drums on top of what they are paying for the garbage collection fee of the government),” Puentespina said.

Puentespinas organized and created DTBC after thinking of innovative ways to save the environment in which the goal was to produce bio-fertilizer from the biodegradable waste.

He said since the people often believe that if there’s value, then it follows that the people’s cooperation to clean their surroundings will also be achieved.

“Ang hazardous waste like sebo, sludge, mga waste water nga ginapasagdan maadto na lang sa rivers and seas and nobody is acting on it. So we saw a business opportunity out of it.”

DTBC employs a hyperthermophilic composting technology which originally comes from Japan which eliminates the odor right away, manages the leachate since the technology can handle wet biodegradable waste and the revert it to its purest natural form after 45 days, which is basically soil.