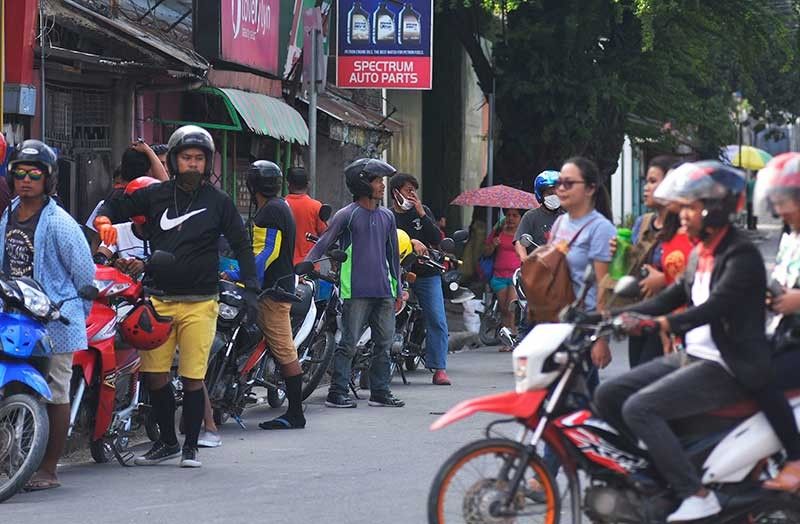 THERE is a need to regulate the growing number of motorcycle taxis, which now stands between 3,000 and 4,000, in Cebu City.

City Councilor Raymond Alvin Garcia has authored an ordinance entitled, “an Ordinance Granting to the Local Government of Cebu City the Power and Authority to issue Local Regulatory License and Permits to Operators of Motor Taxi commonly known as 'habal-habal' and transport network companies within Cebu City.

Garcia wants the City Government to be involved in the issuance of local regulatory franchise/s of motorcycle taxi without interfering with the registration of the vehicles, which is one of the primary functions of the Land Transportation Office.

The ordinance requires habal-habal drivers to register in the area where they operate by presenting their driver’s license and the official receipt and certificate of registration of their vehicle. That way, the City can recognize them as legitimate.

The barangay must coordinate with Cebu City Transportation Office so the latter can issue plate number stickers to registered motorcycle taxis.

The driver is required to possess a valid driver’s license, motor registration, third-party insurance coverage, two helmets, and a uniform.

The driver and operator should be members of an accredited Transport Network Vehicle Service or transport network companies.

To be registered in the habal-habal system, City will charge P250 for the driver and P500 for the motorcycle taxi. The annual fees will be paid at the City Treasurer's Office, which will then issue official receipts.

Newly purchased or acquired motorcycles will have to be registered within 15 days from the date it is acquired. Payment will be meted a 50 percent surcharge for failing to do so.

Half of the collected amount will be appropriated to the barangays to cover expenses for the driver’s ID and plate number stickers.

It will also impose a fine of P500 on drivers who are caught not wearing the prescribed uniform, overloading, crossing a solid line, reckless driving, driving on the sidewalk, parking in a no parking area, making an illegal U-turn and entering a no entry area.

A driver who uses a cellphone while driving or an unauthorized and improvised exhaust pipe or fuel tank will face a fine of P1,000.

The penalty for not wearing a helmet is P2,000.

The City Council has referred the ordinance to the committee on laws chaired by Garcia. Other members of the committee are vice chairman Phillip Zafra and Councilors Antonio Cuenco, Dave Tumulak, and Renato Osmeña Jr.

Last Aug. 4, 2019, Mayor Edgardo Labella met with the group of habal-habal drivers to make them understand that there was a need to regulate their operation.

“They are earning a living so they should also be regulated and protected by the City Government,” Labella had said.

A similar ordinance was pushed by former councilor Jun Alcover during the previous administration, but it was not passed because he did not have the number in the council then.

Garcia hopes the ordinance will be passed this time, saying it's for the good of Cebu City.

“There is a conflicting legal opinion here, but I am banking for the general welfare... ultimately for the safety of the riding public,” said Garcia in a phone interview with SunStar Cebu.

Last Feb. 4, 2019, the House of Representatives approved on third and final reading the measure that seeks to allow and regulate the use of motorcycles as public utility vehicles.

House Bill 8959, or the “Act Allowing and Regulating the Use of Motorcycles as Public Utility Vehicles, Amending for this Purpose Republic Act 4136, otherwise known as the Land Transportation and Traffic Code, and for other purposes,” got a vote of 181-0.

In the past, motorcycle taxis were used in barangays that were not accessible by public utility jeepneys. But with the worsening traffic in urban areas, motorcycles have become an alternative way for the riding public to avoid getting stuck in the traffic.