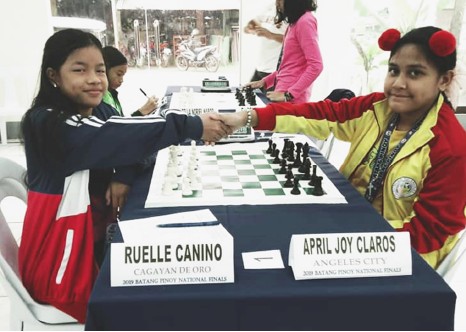 The 11-year-old Canino, who earlier bagged the gold in rapid event undefeated, yielded to archrival April Joy Claros of Angeles City in the fifth round thus, endangering her quest for another gold finish atop the 64-square-board.

Canino had the white pieces in a Ruy Lopez opening, but an inferior move via early castling instead of an h4 assault allowed Claros to prevail again in their second Batang Pinoy tiff.

It was the third national event encounter between Claros and Canino with the latter winning just once during their first meeting in a Palarong Pambansa event. (Lynde Salgados)