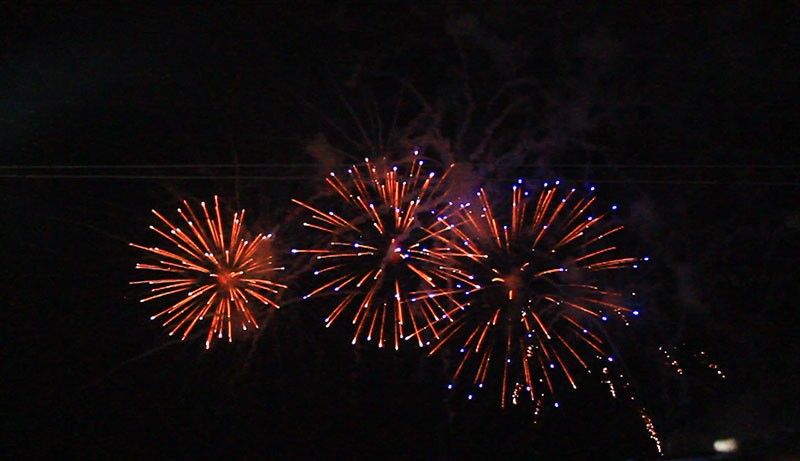 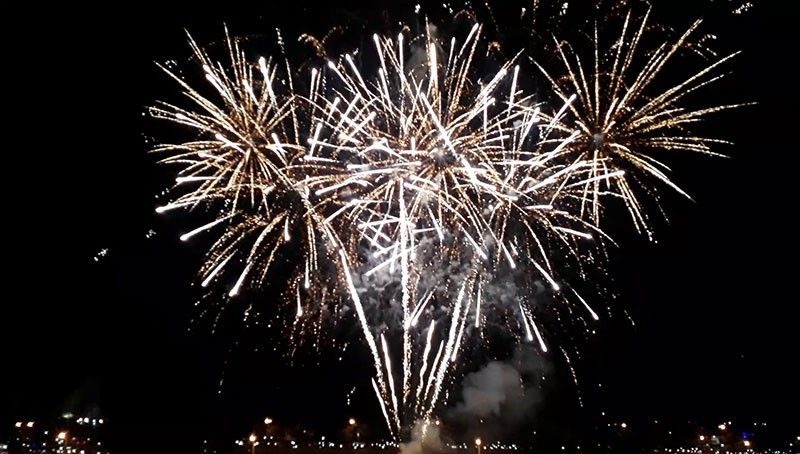 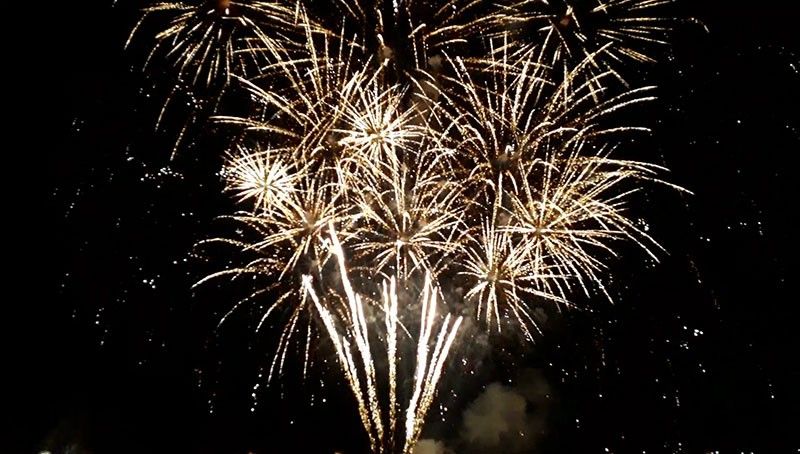 CAGAYAN de Oro ended its Higalaay festivities with a bang of colors, as SM City Cagayan de Oro hosted the Higalaay Pyrofest and Drone Down 2019 Wednesday evening, August 28, in the uptown area of the city.

Over a thousand people who were gathered in Pueblo de Oro Business Park were in awe as they were showered with colorful lights of the fireworks display which lasted for around 15 minutes.

Prior to the festival of lights, the crowds were entertained by the band Daybreak and were serenaded by singer and social media superstar Kimpoy Feliciano.

Kagay-anons were also treated by the first Light Drone Show in Mindanao, presented by the same group who performed at the SM Mall of Asia.

"This is the first in Mindanao, so we're proud to have it nga nia gyud sa Cagayan de Oro nagsugod," said Eileen San Juan, the City Fiesta Executive Committee chairperson.

"I would think that they will even have a better show next year. So, kato ayha palang nato na sugdan. I'm sure it will be more sophisticated next time and much longer," she added.

Unlike the pyrofest in 2018, San Juan said this year's festival of lights will not be a competition but a fireworks display albeit much longer compare to the previous year.

"One fireworks lang sya, pero its longer. Kay katong sa una, competition man sya. So, they were only given 3 to 4 minutes each," San Juan said.

On the night of August 27, Centrio Ayala Mall also lit up the skies of Cagayan de Oro City with their fireworks display, Bisperas Fireworks, at the Duaw Park.

Despite the rainy weather, hundreds of Kagay-anons made their way to the location in anticipation of the fireworks display.

Luckily, the rain stopped minutes before the fireworks started.

"This has been our sixth year to sponsor the Bisperas Fireworks for the City Hall. So, it's been our pleasure to sponsor and to give this not just for us, but for the Kagay-anons. We hope that it will be yearly already to support the events for the Higalaay and also para pampalipay sa atong mga Kagay-anons," she added.

The crowd at the Duaw Park were not left bored as the City Hall Band played before and after the fireworks display.

"Actually, it's our second year to have a band. Because last year, we also invited a local band from CDO. So maybe for the coming years, first of all, we want to make the fireworks display longer and we also want to add more entertainment before the fireworks itself para we can attract more people to come here," Karagdag said.

Asked for her assessment, San Juan said everything, the crowd, the weather, and the organization, was good and a lot of celebrity visitors joined this year's festivities, including Miss Universe 2015 winner, Pia Wurtzbach.

"Sa karon nga Higalaay Festival, nag-level gyud ang mga kadaghanan nga mga events. So, it's really a challenge how we can even make it a lot better for next year. So, dako gyud nga challenge," she said