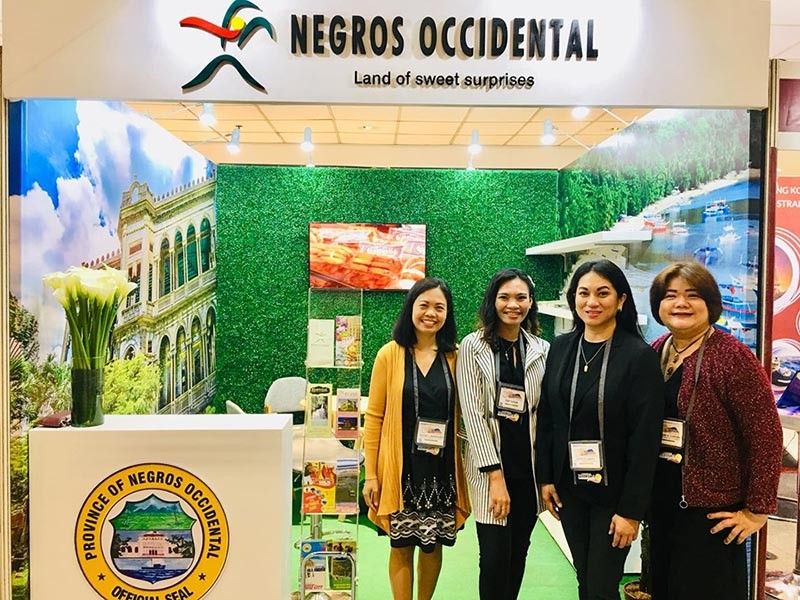 NEGROS Occidental is getting a boost at the ongoing Philippine Travel Mart (PTM) at the SMX Convention Center at Mall of Asia Complex in Pasay City.

The three-day event which kicked off Friday, August 30, is considered the longest travel exhibition in the country.

Now on its 30th edition already, PTM is one of the biggest travel expositions in the country,

“This (event) will continue to boost the province as a destination for tourism and investment,” she added.

Themed “Fostering Sustainable and Inclusive Tourism,” PTM is committed to the promotion of domestic and inbound tourism.

As a part of the global tourism community, it will also feature other destinations in the Association of the Southeast Asian Nations (Asean).

Located at L122, the Negros Occidental booth is one of the attractions at the Western Visayas booth.

Mansinares also expressed optimism that the event will expand the province’s network.

“We can be able to introduce our new sites including the Magikland which is within the tourism enterprise zone,” she added.