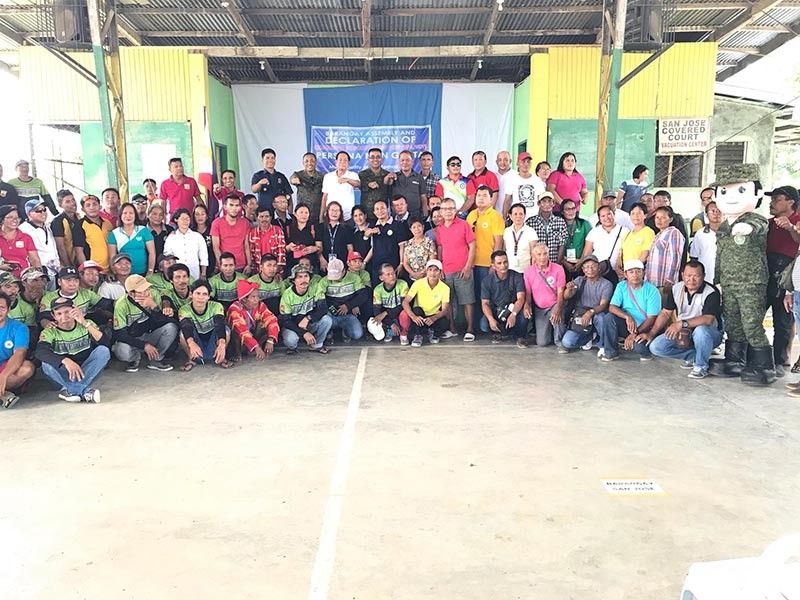 SIX barangays in Davao del Norte declared the New People's Army (NPA) as persona non grata on August 30 through a resolution, treating the presence of the armed communist as unwelcome in their communities.

Mempin said that in their area of responsibility, a total of 50 barangays have declared NPA as persona non grata. There are 35 villages in Davao City, nine in Bukidnon, and six in Davao del Norte.

"These barangays are cleared from armed groups or NPA but they are adjacent to Davao City and Talaingod, which make them vulnerable to mobility corridor of CPP-NPA," Mempin said.

The declaration is in connection with the Executive Order (EO) 70, or the "National Task Force to End Local Communist Armed Conflict" issued by President Rodrigo Duterte that aims to institutionalize a "Whole Nation Approach Policy" in attaining peace and end longtime conflict between the government and the communist group. Santiago said Peace 911 remains to be a challenge.

"They decided to make barangay resolutions to support the call of the Secretary of the Interior and Local Government for local executives and vulnerable groups like Lumad to make a stand against CPP-NPA- NDF Communist Party of the Philippines-New People's Army-National Democratic Front (CPP-NPA-NDF)," Mempin said.