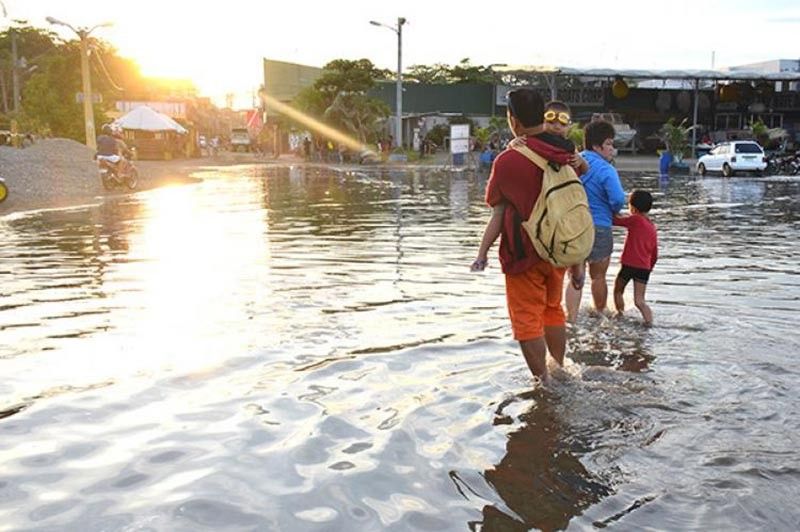 Siltation is caused by soil erosion or sediment spill.

The districts of Calinan and Tugbok district were greatly affected by the flood because these were near the river.

After the flooding Wednesday night, the CDDRMO has recommended Los Amigos and Tugbok Proper of Tugbok District, Barangay Talomo of Talomo District, and Barangay Wangan of Calinan District to be declared under state of calamity.

A total of 3,559 families were affected by the flood. They will be beneficiaries of the P50-million assistance the City has allocated for flood victims.

In a bid to avoid similar incidents from happening in the future, the CDRRMO has recommended the relocation of residents dwelling near the rivers, which are considered as hazard zones. They also recommended the construction of infrastructure that will mitigate the effects of flooding, as well as the strengthening of early warning system for residents in hazard zones.

Contrary to claims that the residents were not informed of the massive flood, he said that as early as 4:30 p.m. of August 28, they released the evacuation order to all the barangays along Talomo river.

But he said some residents refused to listen to the warnings. By 7 p.m., the river started to overflow, resulting in some residents being trapped in their houses.

"The city needs a re-assessment of the flood-prone areas, which we had long been lobbying," Peliño-Golle said in a phone interview.

She also said the City must fast-track the updated Comprehensive Land Use Plan (Clup), which is currently being reviewed by City Planning Development Office (CPDO).

While she agrees with CDDRMO's observation, she also said the impact of climate change contributed to the rising of water in the rivers whenever there are rains.

She also said the degradation of forests also contributed to the siltation of the riverbanks.

Peliño-Golle said the recently enacted ordinance of the "Adoption of Forest Land Use Plan of Davao City" in the City Land Use Plan would further address forest degradation.