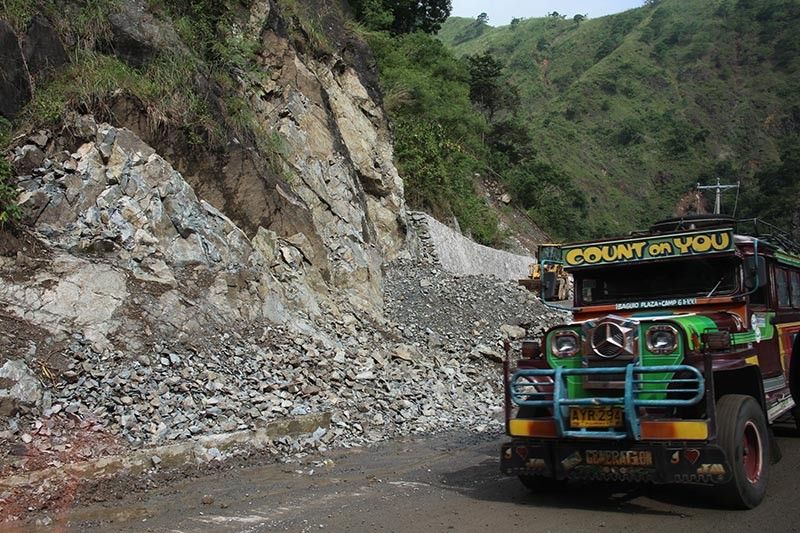 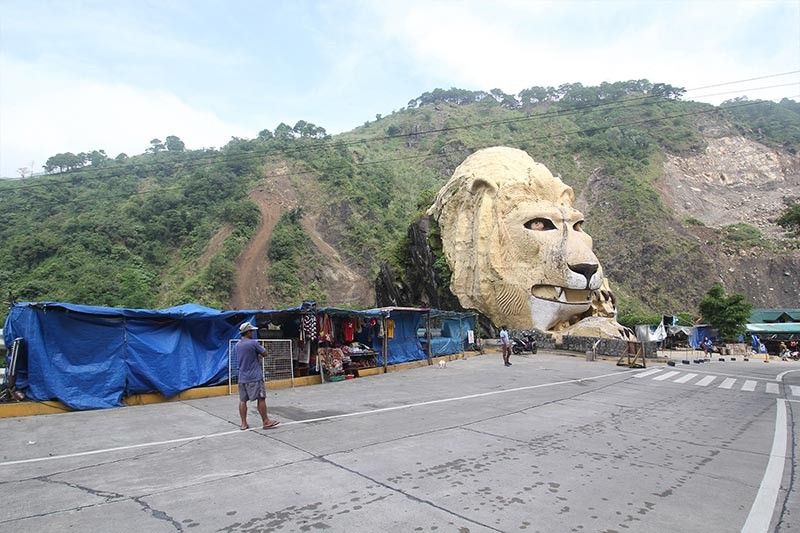 BENGUET. Entrepreneurs along Kennon road also suffer due to the road closure only residents living in the area are allowed to pass by. (Photo by Jean Nicole Cortes) 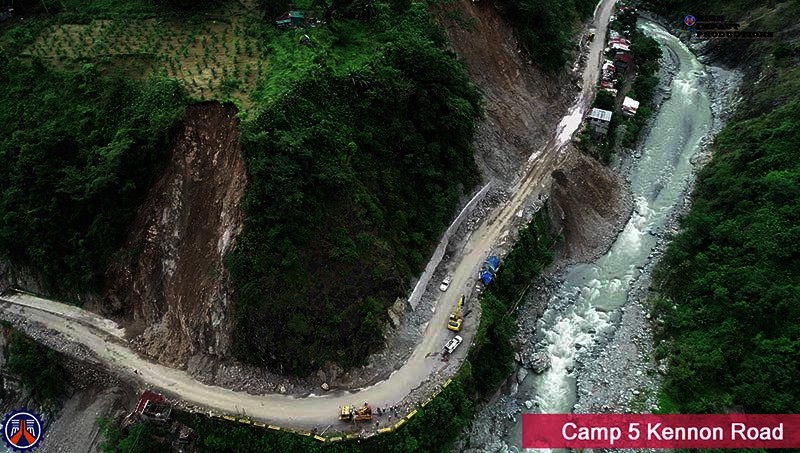 BENGUET. A drone shot of landslides in Camp 5 along Kennon Road that was triggered by the southwest moonsoon on the second week of August. (Photo courtesy of DPWH-CAR) 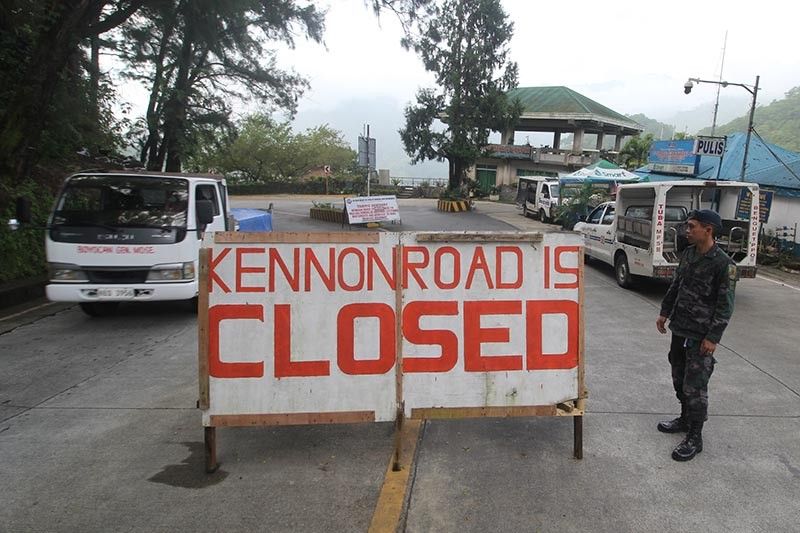 BENGUET. Policemen closely monitor the entrance going to Kennon Road to make sure no one except residents living in the area are allowed to traverse the area. (Photo by Jean Nicole Cortes)

IT WAS after the July 1990 earthquake when Kennon Road was last rehabilitated, after a series of landslides hit the area, endangering residents and motorists.

Today, decades after, the road is again in need of massive rehabilitation riddled with 21 critical sections forcing its closure anew.

The closure has been done as a precautionary measure under the threat of land and rockslides caused by heavy rains brought mountain weather’s wet season, residents are urged to take precaution while traversing the stretch daily.

History of the road leading to the city

In the 1900s, thousands of workers toiled to build the road under the leadership of United States (US) Army Major Lymann Kennon, the road pays tribute to the military major who took charge of the improvements of the road which saw completion in 1905 with a cost of nearly two million US dollars.

“This in itself was a monumental task, for the road crew was composed of men from 46 nations who spoke many languages, adhered to a variety of religions,” said American Doctor Robert Reed who authored the book “City of Pines, the origins of Baguio as colonial Hill Station and Regional capital”.

Back then, the road was lauded for its economic and social significance to direct transportation to the city however inscribed in the history books is that the construction of the road claimed the lives of hundreds of men who died because of accidents and disease.

The state of the road today

In 2019, occurring challenges are met by residents in the historic road, barangays Camp 6, Camp 5, Camp 4, Tabaan Sur, Ansagan and Twin peaks cover the span of Kennon road with a 10,000 population.

Barangay Captain of Camp 4, 5 and 6 along Kennon Road, Romy Salinas, narrates prior to the indefinite closure of Kennon, the “umili” or people, students, farmers and business sector have been affected in the transportation of goods when landslides occur.

“It shows that they [motorists] still prefer Kennon Road. Based on traffic counting, the traffic along Marcos Highway normalize.”

DPWH-CAR director Canlas suggests the removal of houses and structures along the Kennon Road landside-prone areas to prevent further habitation.

DPWH-CAR also has initial plans to construct a 19-kilometer tunnel and rock sheds at critical sections, while rock netting, and catch dams or any combination of structures at less critical sections depending on the availability of funds.

Canlas said this could cost billions of pesos for the government.

The director also said the number of critical sections can increase “Especially if we could not implement the right interventions as soon as possible.”

In a concerted effort, the government scrambles to save the historic road with the zeal and passion of US Army Major Lymann Kennon.

This story was produced under the Road Safety Journalism Fellowship carried out by VERA Files and the World Health Organization under the Bloomberg Initiative for Global Road Safety.