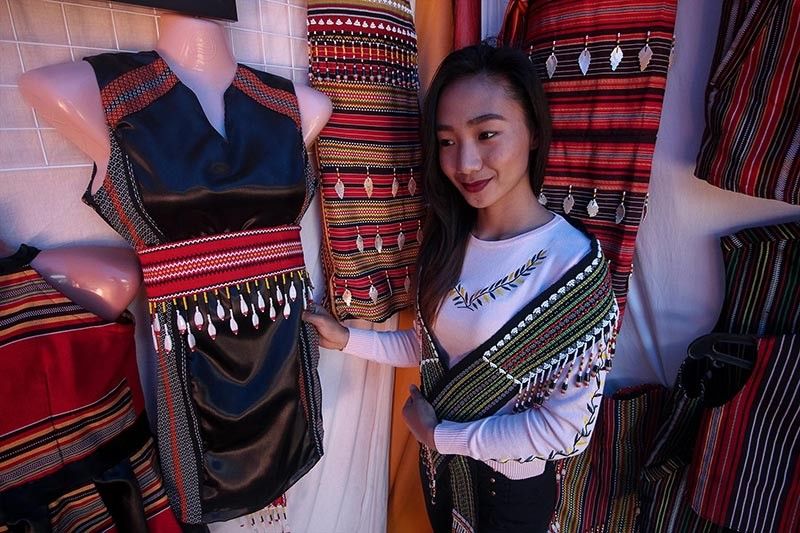 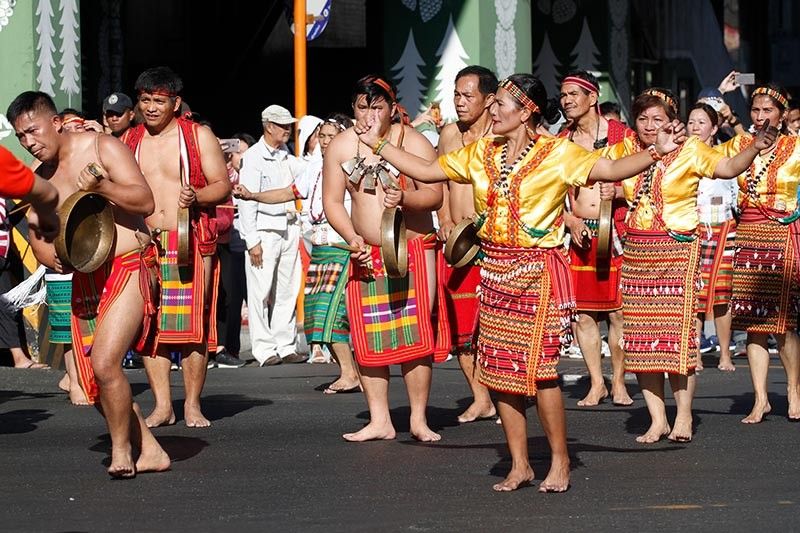 BAGUIO. Cultural performers allure the public with their colorful ethnic attire and melodious gong music as they dance going down Session Road during the celebration of Pangabenga Festival in February. (Photo by Jean Nicole Cortes) 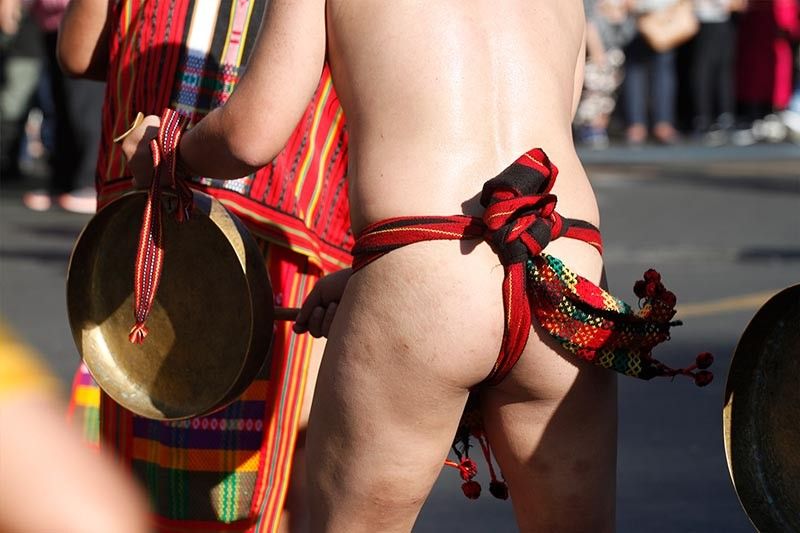 BAGUIO. Up to this modern day, Cordilleran men are still proud to wear the bahag or G-string during special celebrations. (Photo by Jean Nicole Cortes) 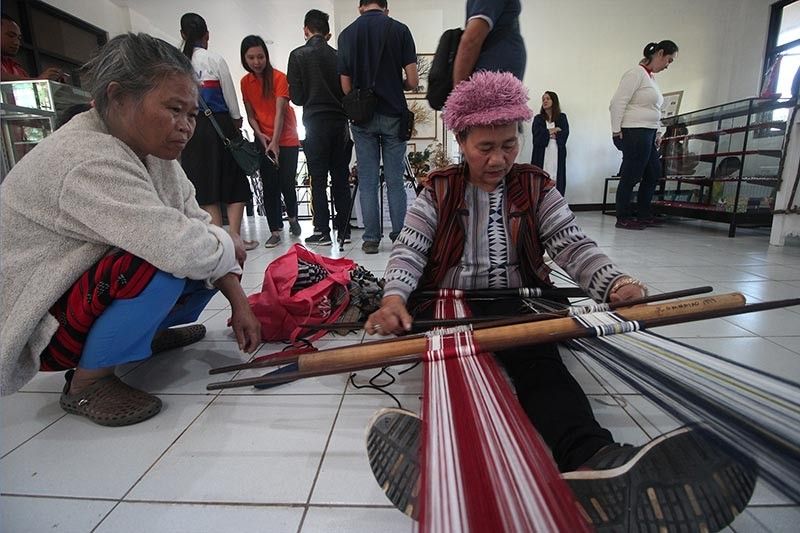 BAGUIO. Elders create clothes through weaving, a traditional method of creating garments which the creative City is famous for. (Photo by Jean Nicole Cortes)

TRADITIONAL weave’s use in main stream fashion has elicited a varied response from an audience bedazzled with its beauty but remains ignorant of its origin and significance.

Weaving is an age old tradition in the country, passed down from generation to generation, now considered part of the heritage and culture of each community.

Laida Lim, Habi president, said there are no strict rules on the use of these weaves and often the purpose of the creation will dictate its utilization.

Lim said there are obvious no-no’s on use of traditional weave like the Cordilleran death blanket, which cannot be used for any other purpose.

“Depends on the purpose why it was made, for example, you cannot use a bed sheet for wedding dress,” implying a common sense is to be especially for the woven cloth which is a tedious and laborious community project.

Lim said there is a curiosity by the youth today on the woven cloth, using it for ipad covers, bags as well as everyday items for decoration and impact.

Rules on use of weave

Not yet, weave becomes used in a daily basis “In the bazars a lot of young people buy, they are looking for their roots or something that is uniquely ours as opposed to the time when traditional textiles were only used for Filipiniana.”

Joon Teckney Ascaño who has championed the Kalinga weave and has catapulted its use in local and international beauty pageants found himself in the center of attention months ago, when natizens took offense to the use if the cloth in one fashion show.

Ascaño said, “If I violated any tradition regarding the use of the fabric she would have reprimanded me right there & then. I have always been careful with the ethnic woven fabric with regards to tradition. I never used the traditional cloth (tapis or baag) in my creations. I draw the line there lest I be accused of exploiting the traditional cloth. I only use the Kalinga woven fabric intended for fashion apparels, the kind we use in making dresses, suits, accessories, souvenirs, tokens, household decors, I always work hand in hand with the tourism authorities of my city and province and no one has yet reprimanded me of violating the traditional cloth. In fact I was acknowledged in helping promote the weaving industry of my province.”

Ascaño added that his use of traditional weave traces back to the 90’s and has gone full force in 2010 when he finished at the Fashion Institute of the Philippines and showcased the Kalinga weave in his collection.

Ascaño said he realizes that there is still a lot of people who don’t realize the difference of the traditional cloth (tapis, wanes, baag) from the commercialized woven fabric of the Cordilleras.

“Even our weavers use innovation with their designs. Designers can ask the weavers to alter the designs & color to their liking. It is a commercial woven fabric after all, but still supporting the weaver’s source of income. That is what so called traditional fabric enthusiasts or cultural advocates seem to fail to understand. They tend to insist their argument & refuse to see the bigger picture. It is all where the misunderstanding is rooting from.”

Rocky Ngalob of the National Commission on Indigenous People [NCIP] said weaving falls under Indigenous Knowledge Systems and Practices (IKSP) and should be protected.

Under the IKSP’s artistic and literary works and inventions of the indigenous peoples refer to tangible and intangible forms in which their IKSP are expressed, communicated or manifested and include traditional music, performances, narratives, names and symbols, designs, and technological innovations.

Ngalob said designs of IP on weaves is owned by a community and should be acknowledged and asked for permission for its use, stressing designs which have been invented by individual weavers do not fall under this rule.

However, Ngalob admits there are no cases lodged in the courts as well as no permission has been sought from the NCIP to date.

The use of fabric for modern fashion entails a sensitivity to heritage and culture designers and weavers should be aware of for the weaves to serve its purpose as well as for weavers to stay relevant to the passing of generations.