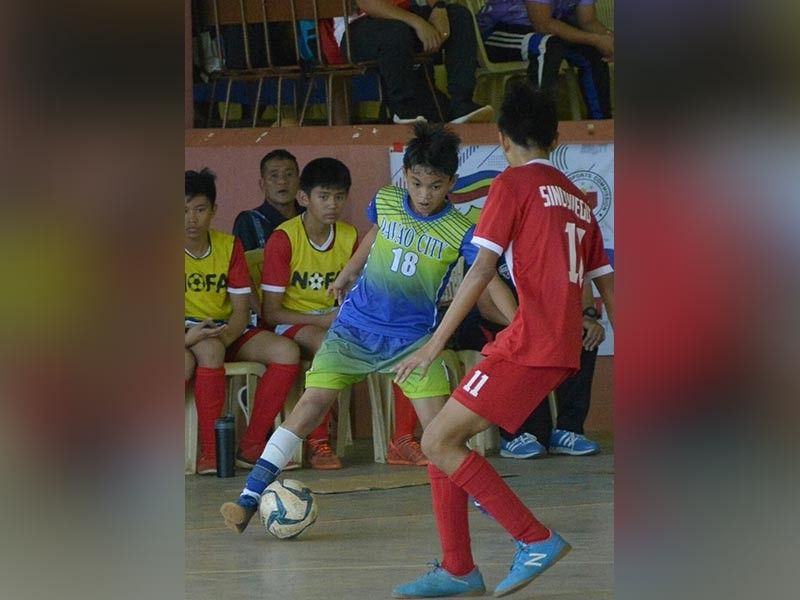 The Dabawenyas will play in the finals set at 8 a.m. today at ESJ badminton court.

Over at the Western Philippines University, Davao City boys 15 squad survived past Zamboanga, 5-4, via penalty shootout.

Both teams were tied at 2-all at the end of regulation with Davao strikers Ronmer Lei Paciente and Gian Lucha knocking in goals in the first and second halves, respectively.

In the penalty shootout, Davao’s first three strikers Sam Loquero, Paciente and Saidamin Bacol scored but Zamboanga tied it anew, 3-3, until it extended to a sudden death where Gelo Ea sealed another goal and their rival countered it again for another deadlock.

Gian Lucha converted his shot but this time Zamboanga’s kicker missed, thus, Davao barged into the finals with a 7-6 triumph.

Coach Angelo John Adana, in an interview with SunStar Davao, still praised his players’ efforts despite their defeat. “Kining mga bataa gibuhat nila tanan, nabitin rami sa fitness og lamang jud sila sa height og sa kapaspas (The boys gave their best. The boys were not just as fit and we really short of height and quickness),” he said, adding that they will bounce back to secure the bronze against Davao del Norte. (MLSA)