Bullies in the Breech 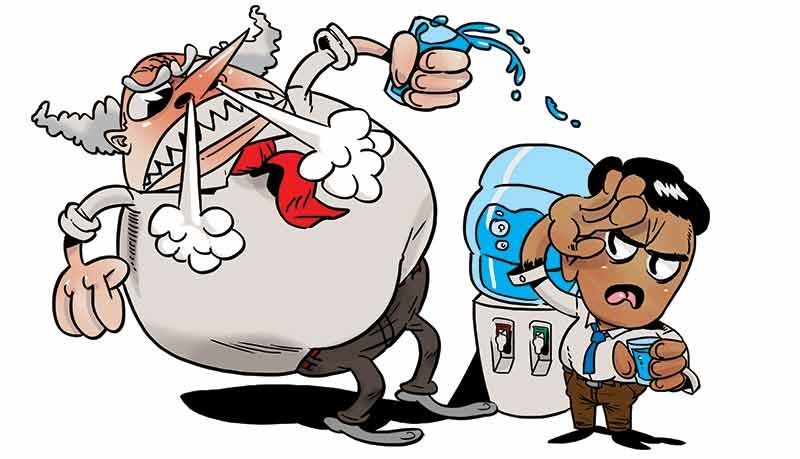 ACCORDING to the National Centre on Bullying, bullying is when an individual or group with more power, repeatedly and intentionally causes hurt or harm to those who feel helpless to respond. In the workplace, the phenomenon causes the victim(s) to feel a sense of devaluation and is belittling, not only to their person but also to their work performance. Many studies have found striking links between bullying and its long-term effects on clinical depression and even cardiovascular health, creating economic concerns for companies and society as a whole, via a complex yet very preventable form of mistreating others.

High-stress work environments, such as the hospital workplace, have been consistently and clearly linked to higher rates of bullying. In 2009, Lars Johan Hauge and fellow researchers reported, “...bullying will actually thrive in stressful working environments,” and much research visibly supports bullying’s adverse effects on mental and physical health. Since the perpetual cycle of bullying poses high, unnecessary risks, both to patients and to healthcare personnel involved, resources spent combating such practices are not just time and money well-spent, but are also life-saving.

In only a couple of years I have already heard dozens of first-hand accounts, and I have even personally seen, the power-tripping, uncomfortable situations and negligent behavior that some bosses and higher-ups put fellow doctors, interns and nurses in—unapologetic bullying. Unfortunately this topic is frequently a banner of dispute between older generations and this new batch of workers, “the millennials.” I am by no means defending or justifying everyone in this generation but the constant generalization and insults of “millennials,” or those in lower positions in general, are not helpful.

Almost every day, I hear about how sensitive and how lazy this new generation is, they possess “an evident lack of resiliency and drive,” which negatively affects not only the workplace but also society in general. On the other hand, I know many hardworking and successful young people whose actions and lives clearly refute the former, lazy observation. I actually don’t discount the idea that this generation is more sensitive than years past. At the same time I see no weakness in such sensitivity; for its opposite, indifference, is in fact a far more dangerous attitude. Perhaps we are more sensitive but don’t say we aren’t resilient. Perhaps we just don’t hold things in. We speak up when we see wrongs, instead of bottling emotions up and letting prejudices go unspoken. And though I cannot speak for an entire generation, I will say this again and again till the end of time. Just because things have been done a certain way for countless generations, that doesn’t mean that the thing, the practice or the culture, is right.

So instead of both sides trading shame and blame in the workplace, how about we listen to each other and see another’s side first, before pressing our own opinion. Let’s open up conversations about expectations, about proper communication and about psychological health in our working spaces. Mental health is just as much physical health as the workplace is a community environment, and every word or action has the potential to make or break others. So rather than simply doing what’s always been done, let’s start doing what’s right.