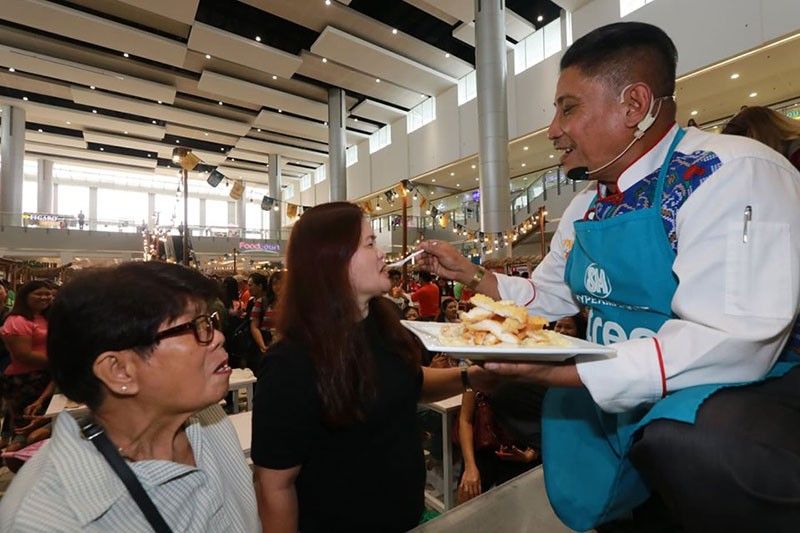 CLARK FREEPORT -- A giant retail store brought together famous Filipino street food in a festival held over the weekend.

SM Hypermarket, the shopping stores of SM Supermalls, hosted the “Street Food Festival 2019” on August 30 to 31.

Kusina master, Chef Boy Logro, also had a cooking demonstration of his own version of breaded chicken. After cooking, Logro asked the audience, including Mekeni Food Corporation president Prudencio Garcia, to taste his food.

Festival-goers who were able to complete stamp cards that served as a guide during the event also received some prizes.