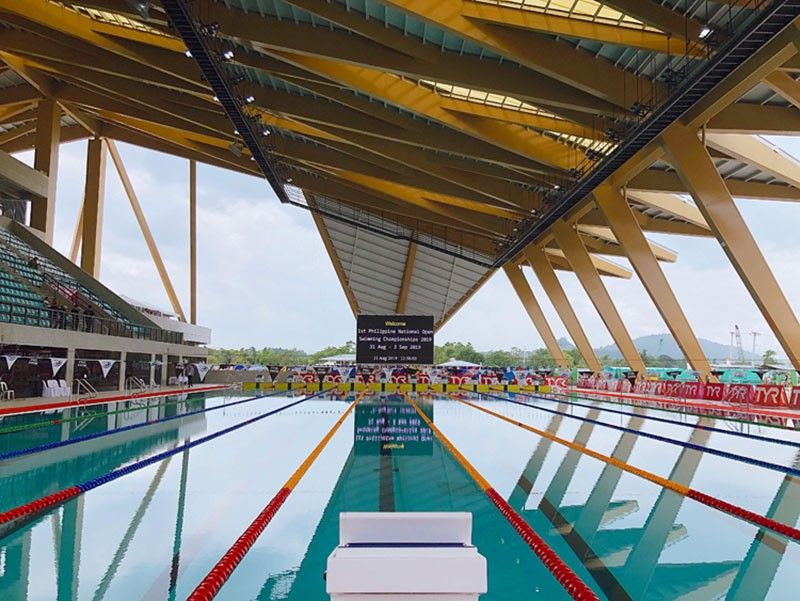 The 1st National Open Swimming Championships, organized by the Philippine Swimming Inc., commenced at the NCC’s 2000-seater Aquatics Center on Saturday, August 31, and will run until September 3.

Meanwhile, the final leg of the 2019 Philippines Athletics Track and Field Association (Patafa) Weekly Relay Series will be held at the 20,000-seater Athletics Stadium on September 1 from 6:30 p.m. to 4 p.m.

The winners from these competitions will be part of the national team during the SEA Games which will run from November 30 to December 11.

Bases Conversion and Development Authority president and chief executive officer, Vivencio Dizon, said the facilities are proof that the national government is serious in providing athletes with world-class sports facilities.

“Before, these facilities were just a dream. Now, I’m happy to see our athletes training here as they make their country proud in the biennial games,” Dizon said.

Athletes who joined the two national competitions were able to use, for the first time, the road from NCC to the Subic-Clark-Tarlac Expressway (SCTEx). The new road is expected to boost accessibility in the area and ease traffic especially during main events.

Inspired by native features, the facilities were designed and built to show the resiliency of the Filipino spirit.

The Athletics Stadium takes inspiration from the “caldera” or crater of Mount Pinatubo and the organic lahar material of the concrete. The stadium features a world-class 400-meter, nine lane standard track.

The design for the Aquatics Center shows the coastal heritage of the Filipino people, depicting Capiz shells used as windows, while the structural framing mimic the weaving patterns of the “baklad” or woven fish nets.

Meanwhile, the Athlete’s Village inside the NCC sports complex will serve as a home for athletes, officials, and international volunteers during the entire duration of the 2019 SEA Games. It will have 525 rooms, 95 of which are for persons with disabilities (PWDs), gym amenities, kitchen and dining areas, conference rooms, and other recreational facilities.

After the SEA Games, the facilities will be used by national athletes for training and will serve as venues for events, concerts, and other sport activities.