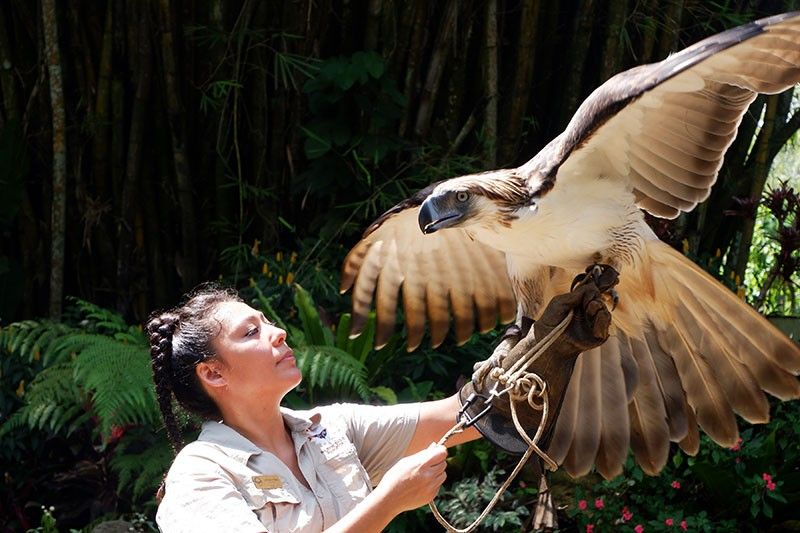 DAVAO. Davao’s very own Philippine eagle Sinag and his keeper, Lowhana Halaq, will be seen at the Raptors in Flight every Saturday starting this month. (Photo by Jinggoy Salvador) 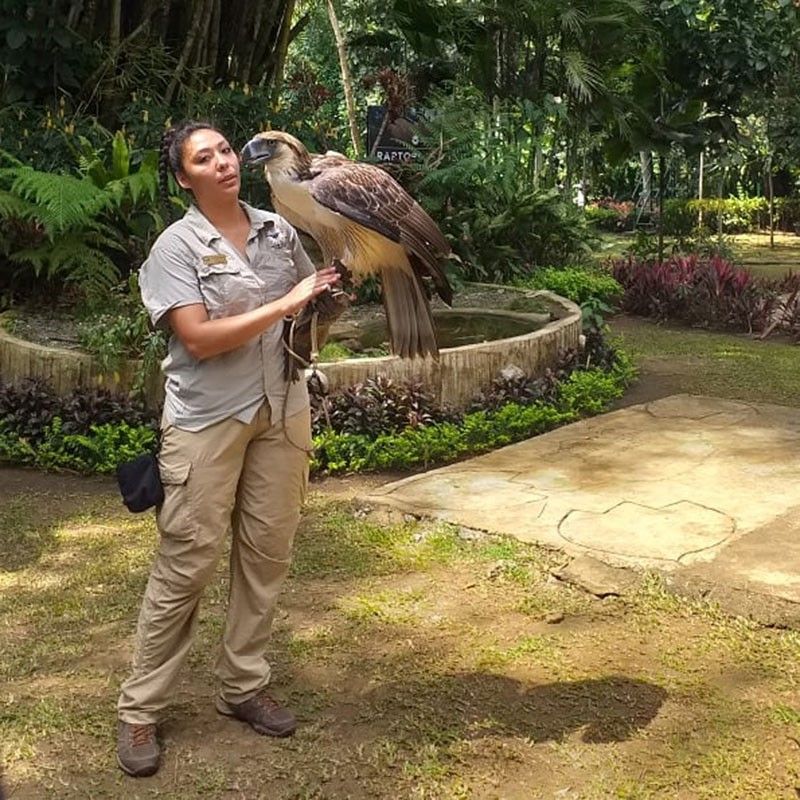 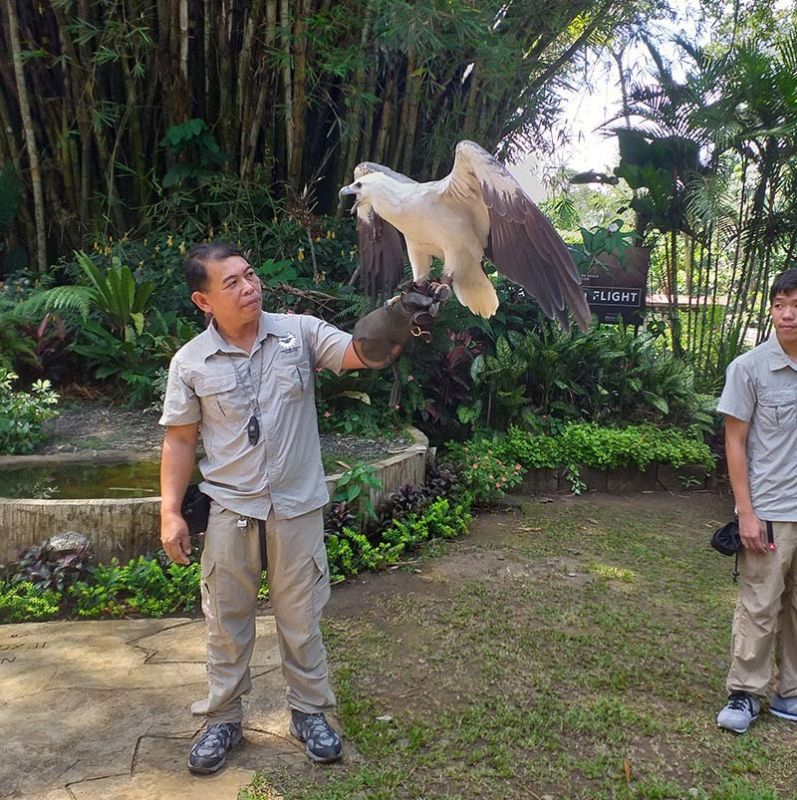 DAVAO. The Philippine Serpent Eagle, one of the raptors which will star in the show, and his keeper, Adriano Ocsales. (Photo by Cristina E. Alivio) 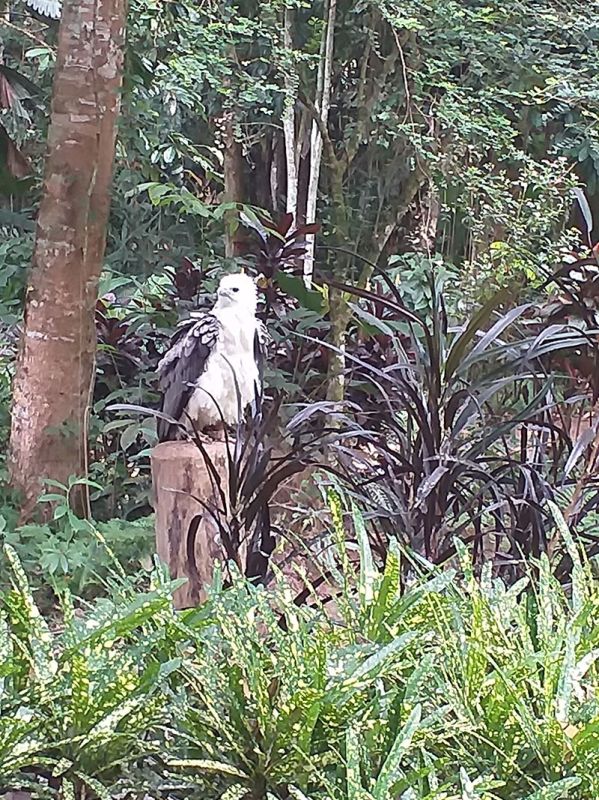 DAVAO. One of the raptors in the center. (Photo by Cristina E. Alivio) 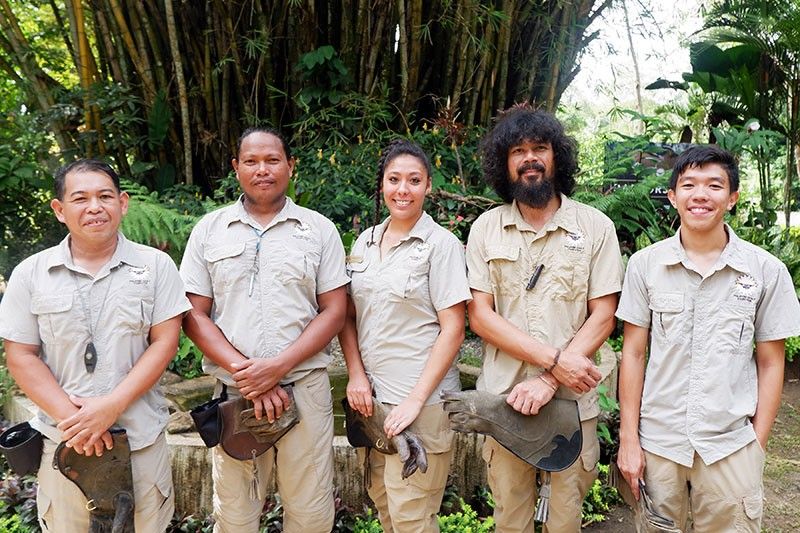 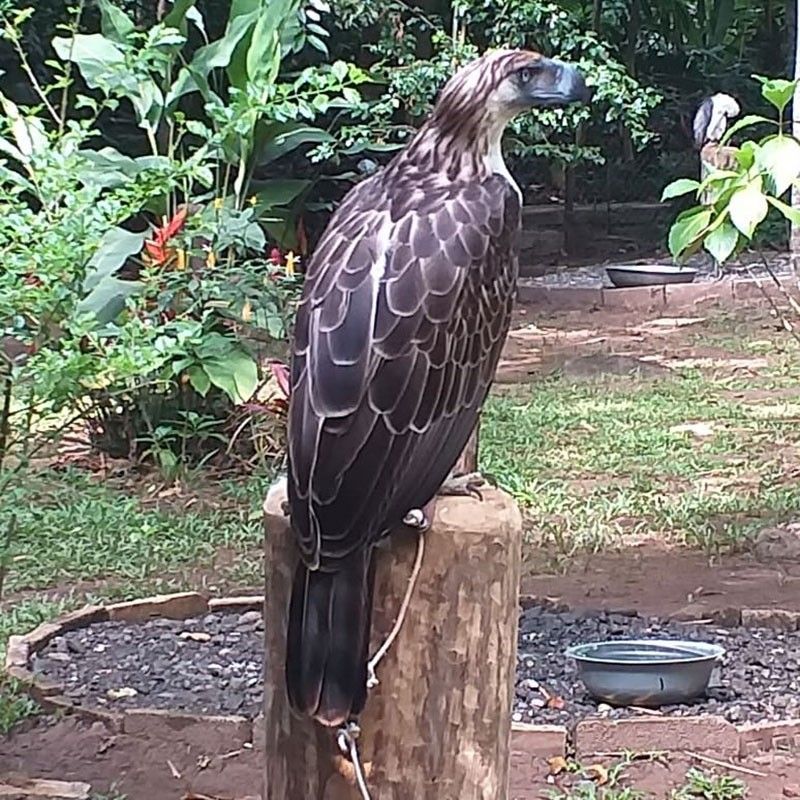 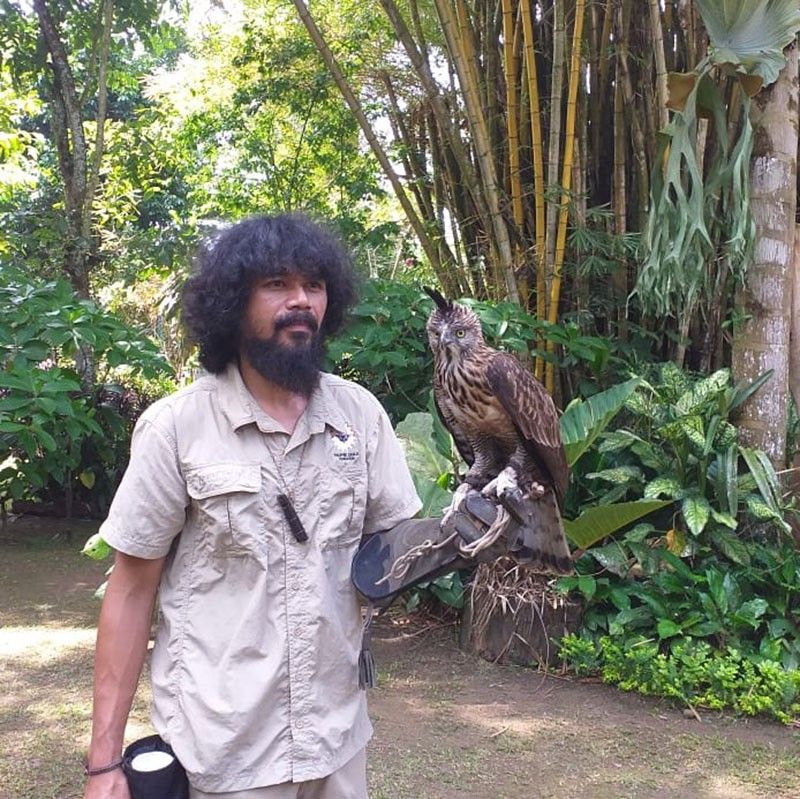 READING expands our imagination. But it is in demonstrating that we fully learn the hows and the whys of a process.

Just like how our raptors fly in the wild, gather stuff to build their nests, and hunt their food. It is only through demonstration that we fully learn how do they do all of these processes.

There are more things the public need to know of our very own Philippine eagle. And only a few ones were lucky to have seen in a distance how this majestic bird of prey fly from a branch of a tree to another spot. And even lesser people have the opportunity to see how they hunt their prey.

But even then, we seldom see how raptors act in their natural habitat since the exhibited birds there are already used to humans that they do not usually show their “true colors” to them anymore.

This is how Raptors in Flight was conceived.

“Since the birds come out of the cages for flight exercise, the keepers came up with the concept to develop an educational flight demonstration to showcase their natural behaviors while in flight. It’s a dual function,” Lowhana Halaq, one of PEC’s bird keeper, shared.

Most of today’s children know that nocturnal owls cannot roll their eyes but they can rotate their heads up to 270 degrees. But seldom do these kids experience how these owls swoop down to their prey. Much like Pinsker’s Hawk Eagle, also a bird of prey which is endemic to Mindanao. We can read it in the books that only in the island of Mindanao in the whole world can we find this kind of bird.

The Pinsker’s Hawk Eagle’s eyes are yellow and this is one of the features that sets them apart from the Philippine Eagle, which most of the people already know about. This bird is often mistaken as a juvenile Philippine Eagle because of the color of their feathers which is similar to that of the latter. But this information can already be read in books or in any bird center’s pamphlet. But have you seen them fly up close and personal and how they gather sticks using their talons to build their homes?

Meanwhile, a Philippine Serpent Eagle, one of the birds of prey that can only be found in the Philippines, does not only like snakes as what its name suggests. They also like lizards, too. And we know about this, too, through books or even in some online articles.

But stories and articles do not show us how they look like when they are in flight and how their talons are upstretched when they catch their prey.

The Brahminy Kite, moreover, is one of the nature’s cleaners. They feed not only on decaying fish in the sea or in the rivers but also dead animals, cleaning the surroundings of decaying animals. They are also called many names such as “Prowlers of the Sea” and “Sledgers of the Prey” because of their characteristics of scouring for their food in the bodies of water and consuming the leftovers of the other prey.

However, many do not know how they do this because most of us have not seen them in their natural habitat.

With Raptors in Flight, these birds of prey will demonstrate in front of the audience how they do these not only to entertain us but also to educate us.

Dominic Tadena, also one of the bird keepers in the center, said Raptors in Flight was basically conceived because some of the birds the center has are just a “turned over” which need rehabilitation.

“Usually these turned over birds needed rehabilitation, and after rehab we then conduct exercises for the birds to regain their flying ability. So we come up with science module to educate people about Philippine wildlife especially about the status of the birds and their natural behavior, thinking why not use these birds as a tool for education,” Tadena said.

He added that in contrast with the falconry training, in Raptors in Flight they train the birds of prey to do what they do in their natural habitat even when there is audience around so that all of those involved in the program and in the show will be safe.

Raptors in Flight is not just a mere bird show which conveys lessons to its audience, but it will show to the public how these birds of prey conduct in their natural habitat so that the public will be aware of and educated about how our raptors behave naturally. In this way, the public will be more encouraged to help in preserving not just our birds but also the environment where all of us are sharing to live.

“So that’s why most of their performances are based on their natural behavior. We really, like, don’t play basketball for the bird. This is the first, like gathering sticks, we will show that also to people for their nest so we target school kids, we believe that this kind of flight demo can really draw attention rather than reading magazines, pamphlets,” Tadena added.

Watch these birds of prey and several others in one of the PEC’s innovative programs of educating the public on how to conserve our environment, the Raptors in Flight. The center will regularly conduct the show every Saturday beginning September.