Beauty queen back for thanksgiving 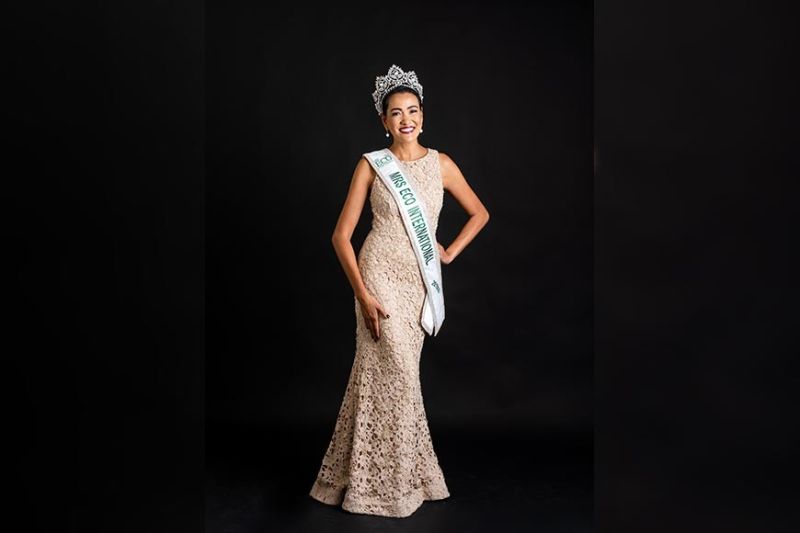 BAGUIO. Beauty and love for the environment embody the advocacy of Ms. Eco International.

MISS Eco International, Shiela Teodoro DeForest is back in the summer city for a thanksgiving.

DeForest has returned to the country after snagging the crown in Las Vegas, Nevada, United States on June becoming the first Filipina to be crowned Ms. Eco International.

During a thanksgiving visit, the beauty pageant said she is grateful to the support to her journey as Mrs. ECO Philippines with her Best ECO video which was shot in different areas of Baguio City and Benguet shedding light on some of the environmental issues of the Northern Highlands.

DeForest also led a cleanup of the Siapno Creek and a Bamboo Tree Planting, as well as joining the Baguio City Day parade celebration over the weekend.

She hoped that Baguio and Benguet residents will continue to be aware, conscious, and caring of the environment and natural resources.

Together, they represent and provide a platform for women to have a larger voice and share their love & action plans to protect, restore, and educate others on environmental issues.

DeForest has been a runway model since she was 18 years old and is a television commercial and print model with Wilhelmina Modeling Agency, Denver, Colorado.

She also modeled in Dubai, United Arab Emirates; Doha, Qatar; Vancouver and Toronto, Canada; and Singapore. She was also the face of Emirates Airline.

DeForest is a 45 year-old Filipina born in Pagsinan, Laguna and now resides with her husband, Tim, in Golden, Colorado, United States. She finished a BS Tourism degree at the University of the Philippines-Asian Institute of Tourism, Diliman and worked in the country before heading to a career aboard.