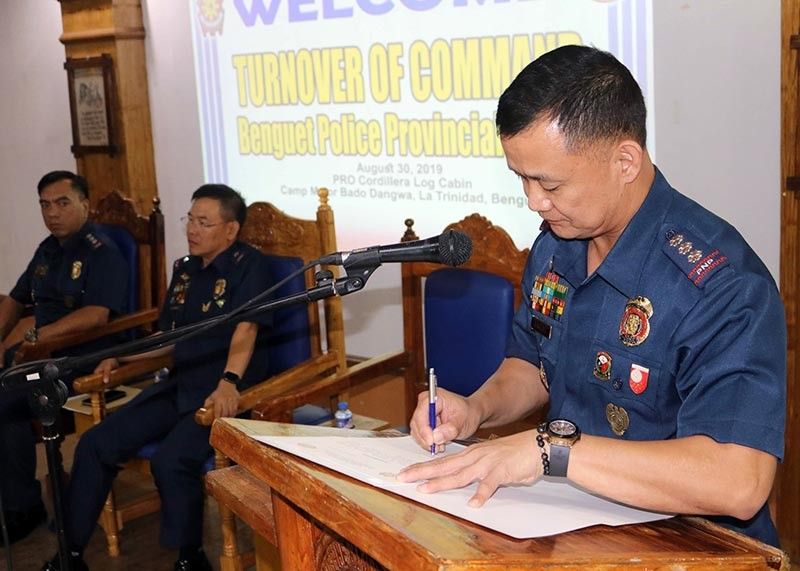 Ragay took over the Benguet PPO from outgoing provincial director Colonel Lyndon Mencio who served his mandatory two year tour of duty and will be assigned to the National Capital Region.

Ragay is the concurrent chief of the Regional Intelligence Division of PROCOR.

The newly installed provincial director vowed to continue the fight against anti-illegal drugs, particularly the marijuana production based on various eradication operations and the flagging down and arrest of suspected drug couriers.

The turnover of command was presided by PROCOR regional director Brigadier General Israel Ephraim Dickson, wherein Ragay will serve a mandatory two year tour of duty prior to his next assignment.

Mencio’s notable accomplishment as provincial director is the rescue and retrieval operation, and evacuation of families affected by typhoon Ompong last year.