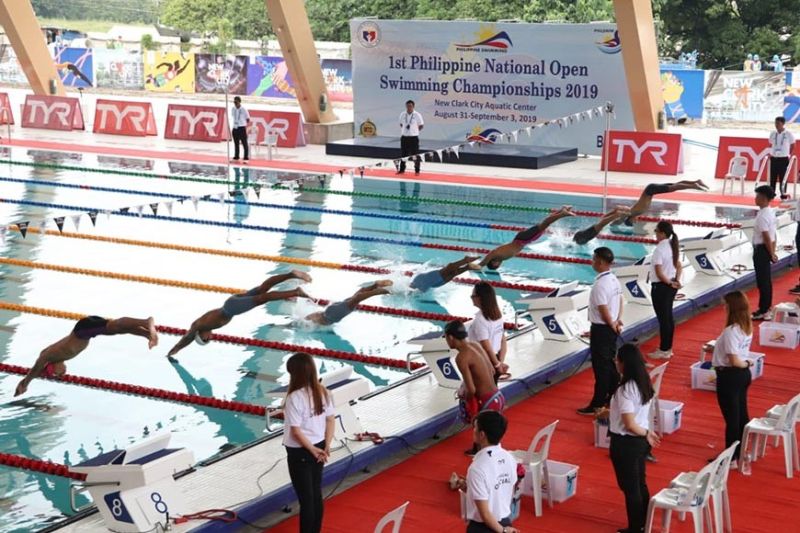 NEW CLARK CITY. In preparation for the upcoming South East Asian (SEA) Games, national athletes tested the new and modern sports facilities at the New Clark City during the pre-qualifying competitions in the field of swimming and athletics. Competition winners will be part of the national team for the SEA Games which will be held on November 30 to December 11.

CAPAS, Tarlac -- All sports facilities at the New Clark City (NCC) will be privatized after the South East Asian Games in December this year.

"The plan is to privatize the operation and maintenance of these facilities," Bases Conversion and Development Authority (BCDA) president and chief executive officer Vivencio Dizon said when asked about plans for the sports facilities at the NCC.

The Southeast Asian (Sea) Games facilities include the 2,000-seater Aquatics Center, 20,000-seater Athletics Stadium, and Athlete's Village that will serve as a home for athletes and officials for the upcoming games from November 30 to December 11.

In preparation for the Sea Games, the swimming facility was tested by national athletes who participated in the 1st National Open Swimming Championships which commenced on Saturday, August 31, and will run until September 3.

Meanwhile, the stadium was used for the final leg of the 2019 Philippines Athletics Track and Field Association (Patafa) Weekly Relay Series on Sunday, September 1.

According to Dizon, the sports facilities meet the standards of international governing bodies, the International Association of Athletics Federations (IAAF), and the Federation Internationale de Natation (Fina).

After the Sea Games, Dizon said the sports facilities will be for mixed-use by the general public similar to what they did to Olympic facilities in London and Sydney.

He said the facilities can be used for both local and international sports competitions, swimming club meets, corporate events, team building events, and other activities like concerts.

Aside from the sports facilities, the NCC will also house the National Government Administrative Center (NGAC) which will serve as back-up offices of various government agencies, government housing, and support service facilities.

Dizon said the NCC will be the next metropolis in Luzon.