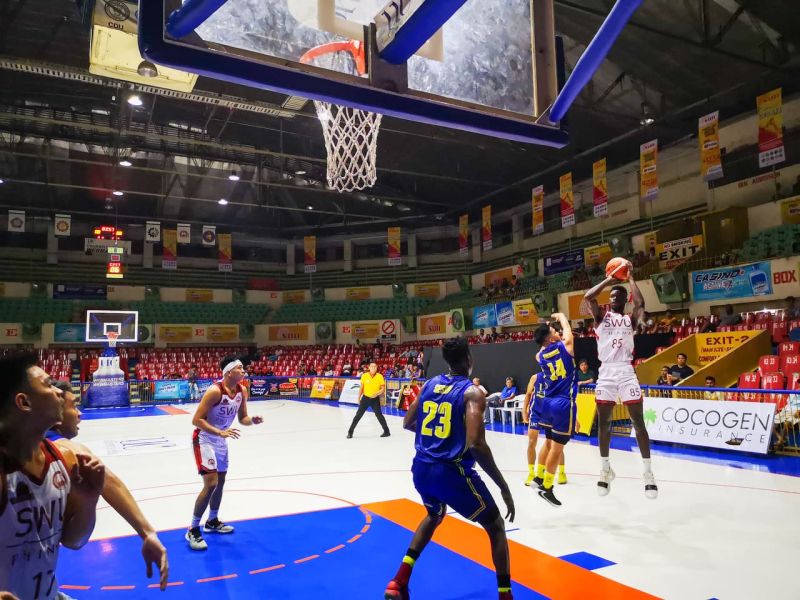 THE Southwestern University-Phinma Cobras reminded everyone why they’re considered the odds-on favorites for the championship this season as they defeated the University of Cebu Webmasters, 65-58, in the 2019 Cesafi men’s basketball tournament on Sunday, September 1, at the Cebu Coliseum.

Champions of the preseason Partner’s Cup tournament, most pundits have installed the Cobras as the one team most likely to challenge the three-time defending champions University of the Visayas for Cesafi supremacy.

The Cobras made sure to live up to expectations as they waxed hot in the fourth canto and held the Webmasters to just six points to come away with the impressive win.

The Webmasters were in control for most of the game until the fourth period when the Cobras uncorked nine straight points punctuated by a corner three-pointer by Shaquille Imperial that turned a 49-52 deficit entering the fourth into a 58-52 lead with 7:35 to go.

UC pulled to within two after two straight layups by John Jabello but Imperial hit a difficult layup followed by a triple and a deuce by SWU’s foreign student-athlete, Lamine Thiam, that came off a nice cut to the basket, to raise the Cobras lead to nine, 65-56, time down to 2:18.

Thiam finished the game with 17 points while Imperial added 14. Gerald Fernandez provided a spark off the bench as he tallied 12 markers.