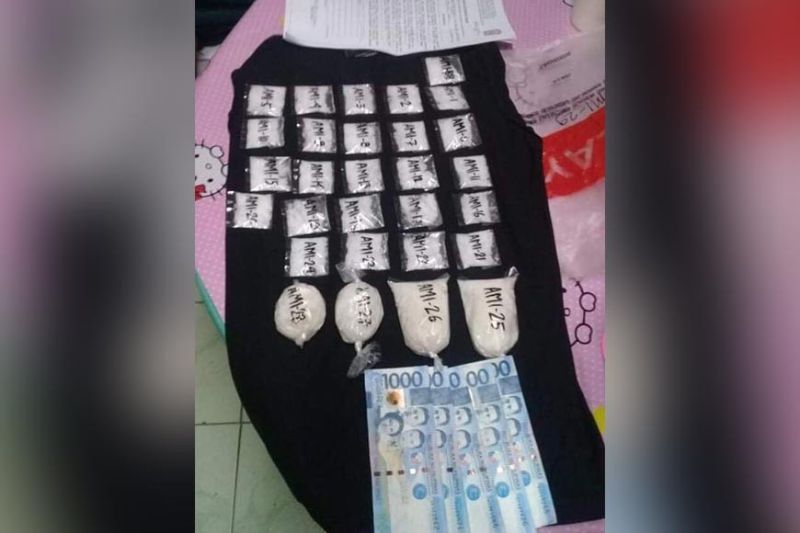 The operation also led to the arrest of the 17-year old boy while his uncle Cader Magondacan, who was the subject of the drug-bust, managed to escape.

Police Lieutenant Colonel Ariel Pico, spokesperson of BCPO, said yesterday the 17-year old boy was arrested after he sold a sachet of shabu to a police undercover at about 11:30 p.m.

He said the boy’s uncle managed escape after sensing that they were dealing with a police poseur buyer.

Pico said Magondacan, who was included in BCPO’s watch list, was under surveillance for almost a month.

The 17-year-old boy was already turned over to the Social Development Center. Both of them will be charged for violation of Republic Act 9165 or the Comprehensive Dangerous Drugs Act of 2002.

BCPO earlier announced that the volume of illegal drugs in Bacolod City is seen to spike, as drug suspects might have been stockpiling supply in preparation for the upcoming MassKara Festival in October.

Pico said drugs will become in demand especially during major festivities like the MassKara.

The Regional Drug Enforcement Unit (RDEU) and the Philippine Drug Enforcement Agency (PDEA) recently recovered a total of P2 million worth of substance believed to be shabu in separate drug busts in Bacolod City.

“This is a big accomplishment on the part of BCPO. Our director Colonel Henry Binas directed all the station commanders to intensify their operations against illegal drugs since it’s now in demand because of the upcoming MassKara Festival. We are hopeful that Bacolodnons will cooperate with the authorities to address the illegal drug problem in Bacolod,” Pico said.