The ‘key to communication,’ as told by Patrick 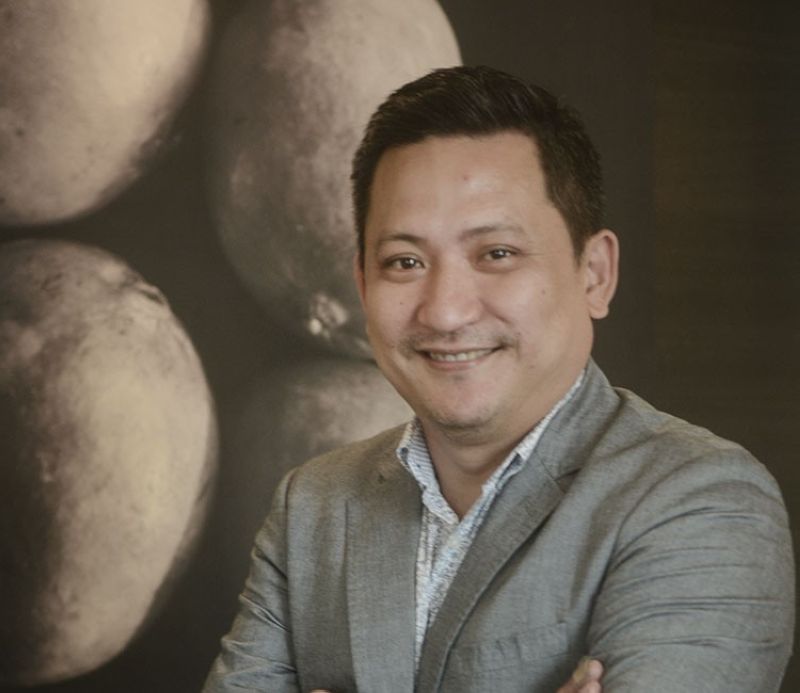 YOU need to fail fast,” explained Patrick Steven F. Gloria, Globe’s director for external affairs, corporate and legal services group, “because that’s when you learn the most.” And learn he has.

Bacolod-born Gloria studied at the University of De La Salle Bacolod, finishing AB Psychology, and, later in his career, a short management course at the Asian Institute of Management. His first job was as bellman in the Bacolod Convention Plaza Hotel. When he was promoted to desk clerk, he had to learn how to speak with all types of people, something he was somehow not accustomed—actually averse—to doing, but something he made himself learn to do and do it fast and well. In 1994, when he moved to Shangri-La’s Mactan Resort and Spa as guest services officer, talking to and greeting all kinds of people had become second nature to him.

From 1997 to 2003, he was with Marriott Cebu City Hotel. First as front office supervisor in Cebu City. He was also sent to Marriott Atlanta and Marriott Singapore before coming back to the Cebu City hotel. It was in Marriott that a lady approached him and asked him to join Globe because the company needed service-oriented rather than just “selling” people.

So in 2003, Gloria became the retail manager of Globe’s Ayala Center retail store. He successfully made the store a friendly one for its clients and was eventually promoted to region head of Globe’s retail stores in Mindanao. In 2009, he was given the Visayas stores to head. From 2011 to 2017, he was in charge of Globe store franchises in Visayas and Mindanao. In 2017, he was promoted to Globe’s director for external affairs.

Asked how he managed to get up the corporate ladder, Gloria cites four things. First, he says, “I am an extremely people person. They call me the ‘GRO’ of Globe. I have the ability to adapt to different types of personality. Second, positivity. My staff knows that I always look at things that can be rather than what cannot be. And third, I am result-oriented. The person I am dealing with knows right away whether something can be done so that if it cannot be done, he doesn’t waste his time thinking it can be done. And fourth, in the service industry, you have to give excellent quality always. You have to be prepared mentally, emotionally, spiritually. If you’re tired, there’s no way you can give excellent service. You have to be prepared to give that service.” Asked how he prepares himself, Gloria answers, “I sleep well, eat right, exercise. I do gym three times a week, as well as yoga.”

For advice to newbies in the corporate world, he cites these “musts”:

“First, you have to skill up. You have to put in skills, develop them, then you get to know a lot of things.

“Second, develop your relations with everyone.

“Third, you need to fail fast because when you fail, that’s when you learn the most. You fail, you learn, you get back up again.

“Fourth, never, never stop learning because there is a lot to learn in life, in work. It can be positive or, if negative, it is learning still. It’s the result that matters. If you have that mindset, failing may be easy but you will go back and do it again and again until you get the result you want.”

Gloria has been basically Cebu-based in the past 25 years. He learned Cebuano to speak it fluently in seven years and he realizes that it is Cebuano that is most understood in the Visayas and Mindanao, except in Occidental Negros and Iloilo and Marbel in Cotabato.

Because he is usually very busy, Gloria says that when he has time to relax, it’s always with wife Olivia Vera, to watch a movie, have a great meal, have beautiful conversations or simply enjoy the moment. When there is a break in his work, he and Olivia visit beaches in Siargao, Boracay, Bantayan, or go off to other parts of the globe. He particularly likes to go to Japan, for the food, the discipline, the friendliness, the honesty, the culture itself. It is a break Patrick richly deserves because he learned early, after initially being afraid to deal or talk with people, to communicate, communicate, communicate.