100,000 names stricken off list of registered voters in Cebu City 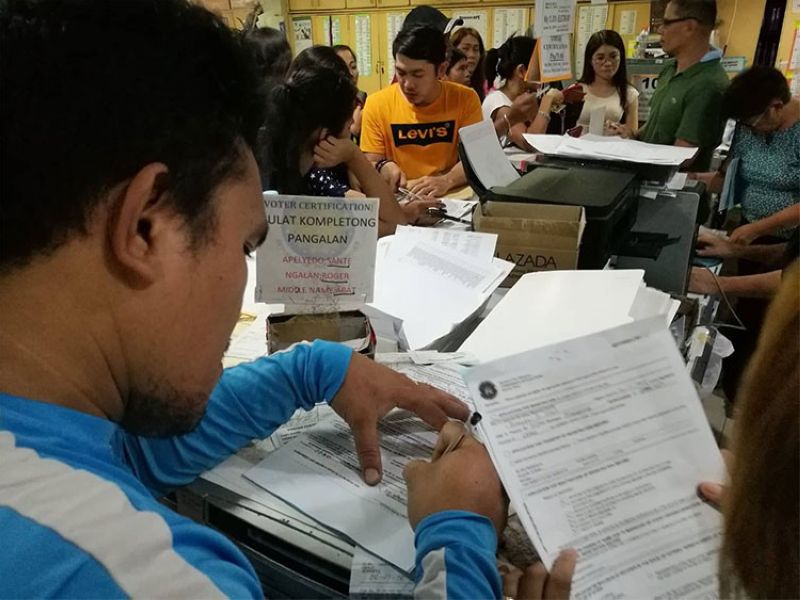 PRESIDENT Rodrigo Duterte called for the postponement of the May 2020 barangay and Sangguniang Kabataan (SK) polls to October 2022 during his State of the Nation Address last July 22, 2019.

The President wanted to give officials who were elected during the midterm elections last May more time to complete their projects.

He urged lawmakers to pass a bill for this purpose. Several have already taken up the cudgel for the President, the latest being Deputy Speaker and Batangas Rep. Raneo Abu and Siquijor Rep. Jake Vincent Villa, who filed separate bills to reset the 2020 polls to 2022 last month.

However, since there is no law yet amending next year’s scheduled barangay and SK elections, the Commission on Elections (Comelec) offices in Cebu City are preparing to hold an election next year.

One of their preparations is purging the voter’s list and deleting the names of those who are no longer qualified to vote.

As a result, the poll body’s offices in Cebu City have taken off from the list of registered voters close to 100,000 voters from the city’s 80 barangays.

Marchel Sarno, election officer of the north district, said they deleted the names of people who didn’t vote in the last two elections or who transferred their registration to another local government unit. They also took out the names of voters who are dead.

Based on records of the Cebu City Comelec north and south districts, some 709,608 were registered to vote in the midterm elections last May 13 but only 499,679 showed up on election day to cast their ballots.

However, based on their past experience, Sarno said the number of voters usually go up during midterm elections. In the north and south districts of Cebu City, the number climbs five percent, or an additional 35,000 registered voters, he said.

Meanwhile, Sarno said that those who were “deactivated” can register again.

The registration period will end on Sept. 30. (From PAC of Superbalita Cebu/PJB)