DOJ approval not sought for release of Sanchez, Chiong convicts 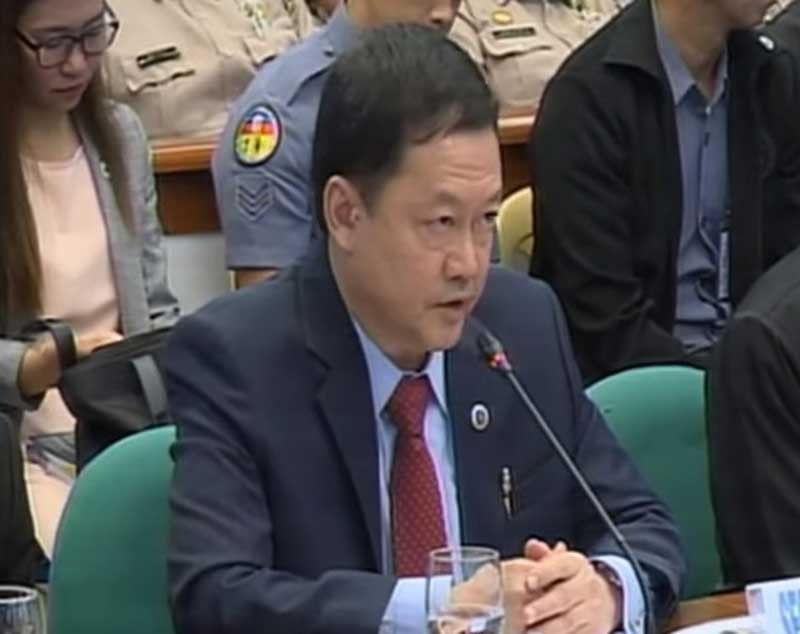 At the hearing on the good conduct time allowance (GCTA) law by the Senate committee on justice and human rights Monday, September 2, Senate Minority Leader Franklin Drilon life termers Sanchez and the Chiong convicts could not be released without prior approval by the Department of Justice Secretary based on an executive order.

He cited Department Order No 953 issued on November 25, 2015, the second paragraph of which states that "the authority of the director general of the Bureau of Corrections to release national prisoners shall not apply to prisoners who have been sentenced to life imprisonment or reclusion perpetua or high-risk inmates whose release due to expired sentences shall only be implemented upon the prior approval of the Secretary of Justice."

Sanchez was sentenced to seven life terms for the rape and murder of Eileen Sarmenta and the killing of Allan Gomez in Laguna while Aznar, Balansag and Caño were each meted two life sentences for the kidnapping and illegal detention of sisters Jacqueline and Marijoy Chiong in Cebu.

"Unless this Department Order No. 953 has been modified, or recalled, or revoked, that seems to be the prevailing rule," Guevarra concurred.

Guevarra said they stumbled on this executive order when they were reviewing the meaning of the GCTA law.

Asked by Drilon on whether his approval was sought for the release of Sanchez, Guevarra said "no such request for approval has been received by the DOJ".

He told the Senate that his office has received only a few requests for approval for the release of prisoners.

“Since I assumed the position of SOJ in April last year (2018), I recall having received only a few requests for approval for the release of PDLs but this is not in connection with GCTA but in connection with what the BuCor calls STAL, or Special Time Allowance for Loyalty,” Guevarra told the Senate.

STAL is granted on the occasion of a catastrophe or a fire or a typhoon, when the inmates had the opportunity to escape but did not or when they have fled the jail because of the conditions but returned in 48 hours.

He said he received requests for approval of the release of PDLs in the Leyte regional prison who were granted STAL during Supertyphoon Yolanda and a fire.

“Other than those two requests, I don’t remember any other request for approval specifically for persons convicted of heinous crime,” he said.

Aznar, Balansag and Caño were ordered released on August 16, 2019.

After initially saying he could not recall signing the release orders for the three men, Bureau of Corrections (BuCor) Director General Nicanor Faeldon told the Senate Monday that the three Chiong convicts have been released.

Faeldon also admitted signing the release order for Sanchez on August 20, 2019, after repeatedly insisting that he merely greenlighted the start of the release process.

Sanchez, however, was not freed after reports on his impending release sparked public outrage and prompted the DOJ and the Department of the Interior and Local Government to form a joint committee that is now reviewing the implementing rules and regulations for Republic Act 10592, which contains the GCTA provision.

GCTA is granted to PDLs who show good behavior, including those who committed heinous crimes based on the existing guidelines.

A total of 445 PDLs convicted of heinous crimes were released based on GCTA from January 2014 to June 30, 2016. (MVI/SunStar Philippines)