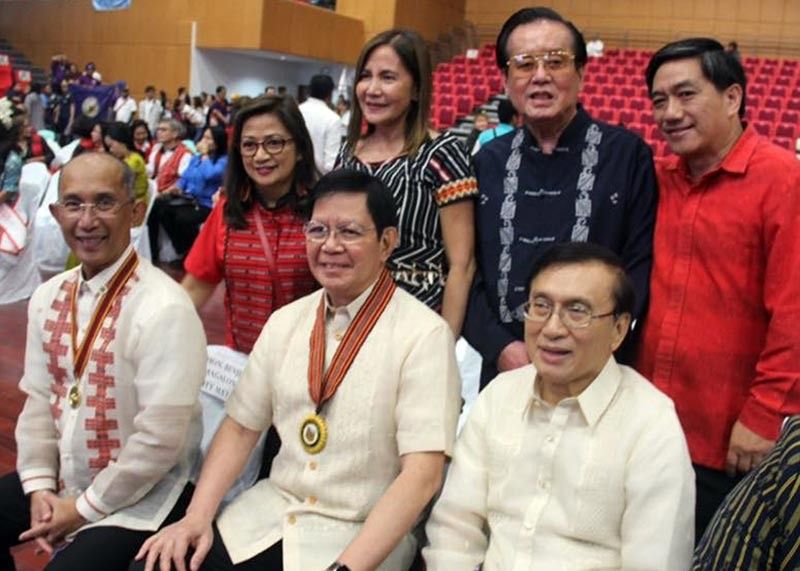 SENATOR Panfilo Lacson assured that Baguio City and all local government units in the country will benefit from the Budget Reform for Village Empowerment (Brave) Act he filed in the Senate.

During the Baguio Charter Day celebration, Lacson said that local government units like Baguio City will soon get much-needed funding for their key development projects with the proposed bill.

"Not only Baguio City but all other local government units in the country will benefit from Brave. The question here is would the national budget allow an additional budget on top of their development fund coming from their Internal Revenue Allotment, and the answer there, is yes. In the appropriations of our budget, what we saw was year-in year-out is that a big percentage of the budget is unused appropriations with the average from 2010 to 2018 have reached around P267 billion," Lacson said.

"It would be a waste if the budget coming from national agencies would not be equitably distributed to the local development plans of the LGUs. This will be a very big help as they will have to compete for their development and not to wait for the national government for funding support which is a dole out mentality," said Lacson.

LDF will automatically and directly released to every LGU at the start of the fiscal year or quarterly within five days at the start of each quarter. The National Government cannot impose a lien or imposition against this fund.

However, the LDF will not be released without a certification from the Local Government Academy that the LGU is capacitated to plan and implement its comprehensive development Plan.

A yearly performance review of the LGUs' implementation of their programs will be held. LGUs deemed unsatisfactory may have their LDFs slashed by 50 percent the following year, and terminated in case of two successive unsatisfactory performances.

Meanwhile, a web-based monitoring system will be adopted. Information accessible to the public may include funding/cost, location, contractor, progress status, number of beneficiaries, date of completion and responsible government official, of the PAPs.

A Congressional Oversight Committee will monitor and oversee the implementation of the provisions of this Act. The Committee shall be composed of five members each from the Senate and House of Representatives.

It will be chaired by the chairpersons of the Committee on Local Government from both the Senate and House of Representatives.

Also, a sunset review of the law will also be held after five years or as the need arises, to determine remedial legislation.

For its part, the Local Government Academy will establish a continuing capacity program for LGUs, to make sure LGUs are capacitated to plan and implement development projects.

"By giving the LGUs the necessary wherewithal to be active participants in the development of our country, we will end the culture of mendicancy and political patronage that viciously thrive in our system. Ultimately, this will help us realize the elusive inclusive growth that we all aspire for as a nation," Lacson added.