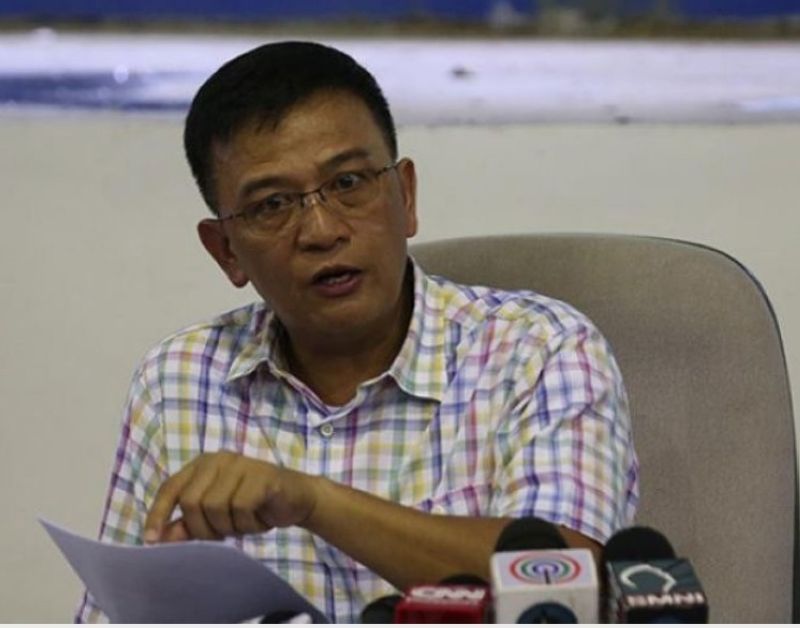 BUREAU of Corrections (BuCor) Director General Nicanor Faeldon on Monday, Sept. 2, 2019, confirmed that three of the seven men convicted for the kidnapping and illegal detention of the Chiong sisters have been released based on good conduct time allowance (GCTA).

The release orders, dated Aug. 16, 2019, for Josman Aznar, Ariel Balansag and Alberto Caño were, however, not signed by Faeldon, but by Correctional Institute for Women Superintendent Maria Fe Marquez.

Asked by Sen. Panfilo Lacson during the Senate committee on justice and human rights hearing Monday whether Aznar, Balansag and Caño have actually been released, Faeldon replied, “Yes, your honor.”

Sanchez, however, was not released because of the public outrage that ensued.

“In this case, this one (Aznar, Balansag and Caño) got away because this was dated four days before the release order signed by you in favor of Antonio Sanchez,” Lacson addressed Faeldon.

He noted that the case of the Chiong sisters is as gruesome as the case of Eileen Sarmenta and Allan Gomez. Sanchez was convicted for the rape and murder of Sarmenta and the killing of Gomez.

Faeldon initially said he could not remember ordering the release of Aznar, Balansag and Caño.

But Lacson presented a copy of the release order, which bore Faeldon’s name but the signature of Marquez.

Marquez confirmed that it was her signature on top of Faeldon’s name on the release orders.

Lacson questioned Marquez’s authority to sign the release orders for the three men in behalf of Faeldon.

Under the GCTA law, or Republic Act 10592, Lacson noted that the BuCor director, Bureau of Jail Management and Penology chief, and/or the warden of a provincial, district, municipal or city jail are allowed to grant allowances for good conduct.

But only the BuCor director general is authorized to sign release orders, Lacson added.

“And therefore, Maria Fe Marquez violated the law by signing the release orders of the convicts in the Chiong sisters rape-slay case. Did she violate the law?” Lacson asked.

To this, Faeldon replied, “I would like to carefully address that, your honor.”

Lacson reiterated, however, that Marquez is not authorized to sign any release order for any persons deprived of liberty (PDL).

Aznar, Balansag and Caño are among the seven men who were convicted on May 5, 1999 for the celebrated Chiong sisters case.

Sisters Marijoy and Jacqueline were kidnapped outside the Ayala Center Cebu mall on the evening of July 16, 1997.

Marijoy was found dead two days later. Her body was dumped at the bottom of a ravine in Sitio Tan-awan, Barangay Guadalupe, Carcar City, Cebu. She was 19. Jacqueline, 21 at the time, has not been found.

Aside from Aznar, Balansag and Caño, four others convicted for kidnapping and illegal detention were Francisco Juan “Paco” Larrañaga, Rowen Adlawan and brothers James Andrew and James Anthony Uy. Each was sentenced to two life terms.

The Supreme Court upheld the lower court’s ruling and imposed the death penalty on convicts Larrañaga, Aznar, Adlawan, Caño and Balansag on Feb. 3, 2004. The death penalty, however, was abolished in 2006.

The GCTA system allows a PDL to apply for a reduction of his prison term based on good conduct.

At the time that the release orders for Aznar, Balansag and Caño were signed, Faeldon said the manual covered PDLs convicted of heinous crimes.

The GCTA system has been suspended pending a review of the implementing rules by a joint committee formed by the justice and local government departments.

Before Lacson presented copies of the release orders, he showed seven specimen signatures and asked Faeldon whether those were his.

Faeldon said the first five signatures appeared to be his while the sixth and seventh were not.

Faeldon initially insisted that what he signed was merely a memorandum to greenlight the start of the release process for Sanchez. It was not the final release order, he stressed.

Faeldon would later admit that it was a release order, but that he recalled it because of the public outrage following reports on Sanchez’s impending release.

SunStar Cebu tried to get the side of the Chiong family, to no avail.

In a related development, Jail Supt. Renante Rubio, warden of Cebu City Jail, said PDLs released based on the GCTA are no longer monitored outside jail premises.

“We just write a letter to the court, informing them that the prisoner has been released. Our job is already done the moment they are freed. We no longer have to monitor them since they are already released,” he said.

The Cebu City Jail releases an average of 30 PDLs every month.