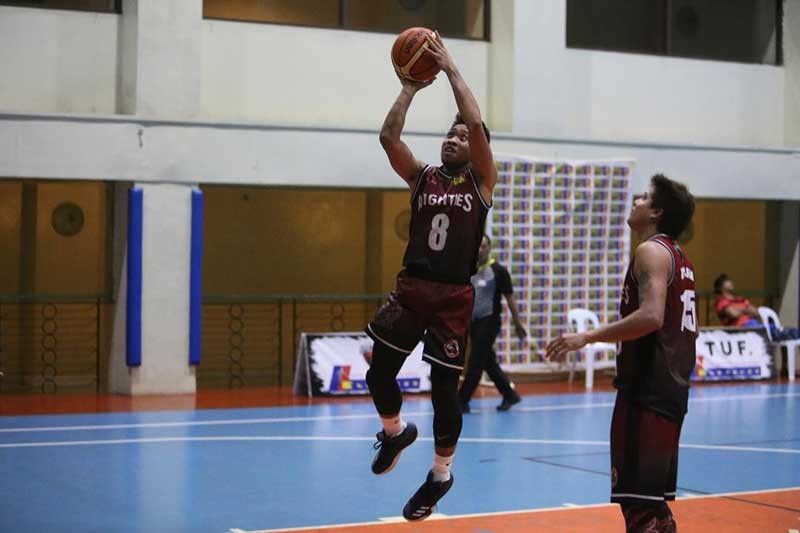 THE Tech Mahindra Tech Mighties nipped the previously unbeaten Kyocera Frontiers in overtime, 81-79, in the EVO League of the Tanduay Athletics E-Leagues for Basketball Season 15 on Sunday, Sept. 1, 2019 at the City Sports Club-Cebu basketball court.

Tech Mahindra was headed to the easy win as they led by 18 points, 57-39, heading to the final canto. However, Kyocera fought back behind Ariel Edera and Matthew Grafilo with a searing 34-16 fourth period performance to tie the game at 73-all and send it to the extra session.

However, Tech Mahindra was able to find their bearings in overtime to pull off their fifth win in six tries while pulling Kyocera down to 4-1.

Meanwhile, the Contact Solutions Flying Lemurs continued to reach new heights as they kept their immaculate record intact after defeating the Dynata Warriors, 69-47.

The win was Contact Solutions’ fifth in a row, good for solo first place. Left-handed big man Roberto Castro led Contact Solutions with 13 markers, while Joey Juntilla finished with a double-double of 11 points and 10 assists.

Tommy Spencer Ugsimar collected 21 points for the Warriors, which dropped to 4-2 (win-loss).

The Executive Boutique/Select Voicecom Bulldogs, on the other hand, bounced back from a loss last week as they beat the Medspecialized Unicorns, 85-70. The Bulldogs got 27 points, seven assists, three rebounds and three steals from prolific guard Aristotle Alcos.

Also hacking out a win was the Amazon Aces, which edged the Demand Science Paladins, 69-66. The Aces stayed in solo third place with a 5-2 slate. (JNP)