500 evacuated due to flooding 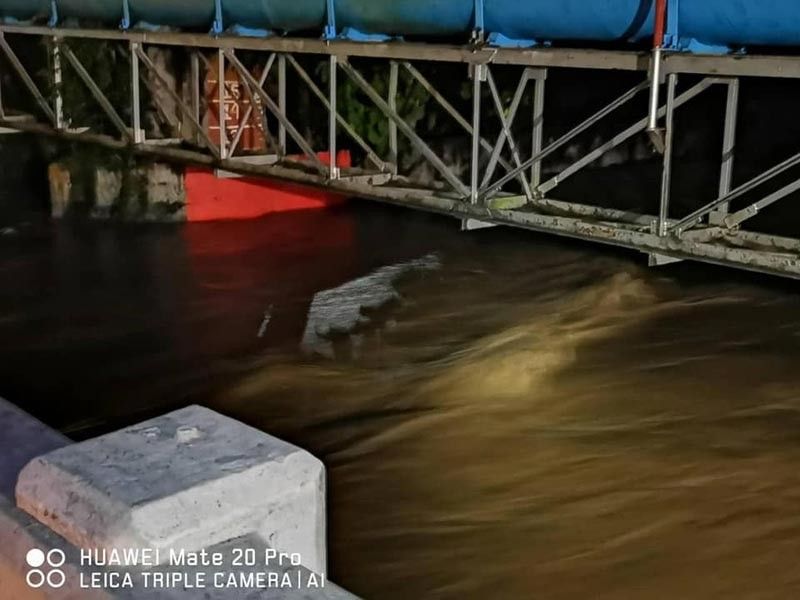 On Monday, September 2, residents of Matina Pangi, Matina Aplaya and Matina Crossing were immediately pre-emptively evacuated around 8 p.m. after the Matina River experienced an increase in water lever. The river was under critical level around 10 p.m.

Residents in Barangays Biao Escuela and Mintal in Tugbok District, Barangay Malabog of Paquibato District, and Barangay Calinan of Calinan District were also pre-emptively evacuated. However, the river channels in the mentioned barangays were within safe level.

City Disaster Risk Reduction and Management Office (CDRRMO) head Alfredo Baloran said families in mentioned areas had evacuated after sirens were sounded, although other residents were still stubborn during the forced evacuation.

Baloran said the families were alerted and voluntary evacuated their houses.

On August 28, Barangays Los Amigos and Tugbok Proper of Tugbok District, Barangay Talomo of Talomo District, and Barangay Wangan of Calinan District were badly affected by the flashfloods brought about by the localized thunderstorm.

Baloran, meanwhile, denied a report of a missing person in Km. 9, Matina Pangi, after it was reported to have been buried due to a landslide.

He said they had conducted search and retrieval operations for hours but did not find any person. He also said no landslide occurred in the area.

The official also said that the city recorded zero casualty despite experiencing flashfloods for almost a week now.

But he appealed to residents living in areas declared as "No Build Zones" to voluntarily leave and find a new residence to avoid experiencing their previous situation.

He also said that other flood-prone areas such as Lipadas, Bunawan, and Lasang River were on safe level the past days.

He said the country would be experiencing four typhoons in September. (With reports from Vince Eugene A. Suaner/UM Intern)