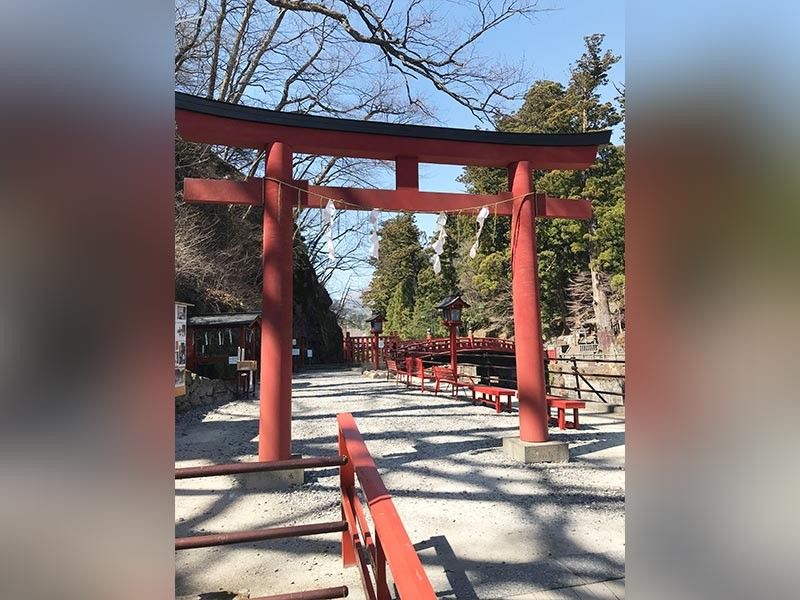 JAPAN. Tori gate of the Futarasan Shrine. (Photo by Jinggoy I. Salvador) 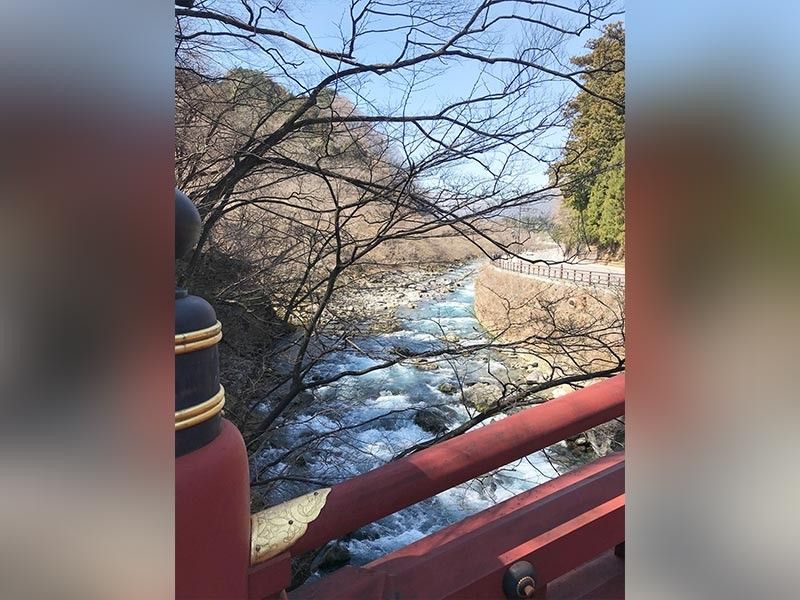 JAPAN. A bridge across Daiya River. (Photo by Jinggoy I. Salvador) 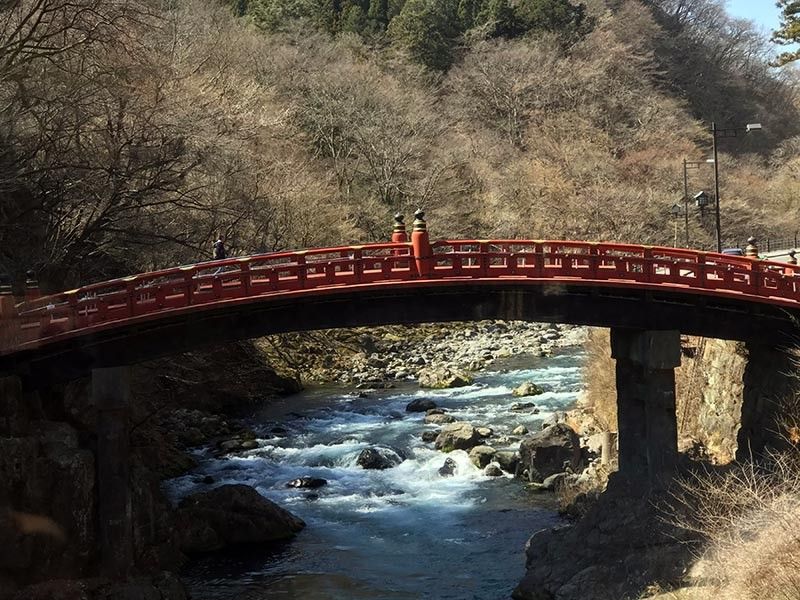 JAPAN. Shinkyo Bridge, the vermilion lacquered span is one of the three most beautiful bridges in Japan. (Photo by Jinggoy I. Salvador) 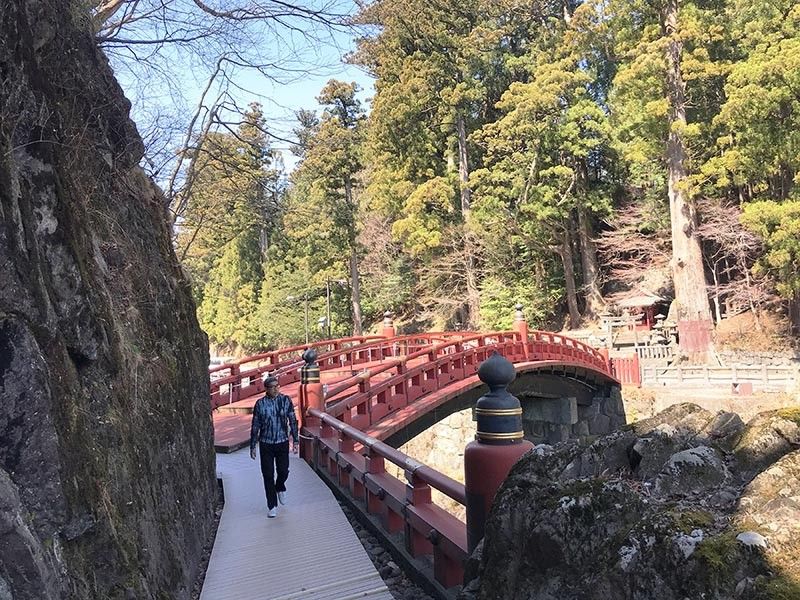 JAPAN. Shinkyo Bridge, a sacred bridge, is the gate way to Futarasan Shrine in Nikko, Tochigi Prefecture. (Photo by Jinggoy I. Salvador)

ITS vermillion shade of the sacred bridge stands out against the hues of its surrounding—the blue of the sky above, the white of river’s tumbling waters rushing through the rocks below, and the green of the forest in between. It’s breathtaking. The scene is a picture of perfection: a structure made by man (or should I say, by a god) set in nature’s bosom—the Shinkyo Bridge in Nikko in the Tochigi Prefecture.

So beautiful that the lacquered arch is considered one of the finest bridges in Japan. There are only three on the list. The other two are the Kintai-kyo Bridge in Iwakani and the Saruhashi Bridge in Yamanashi Prefecture.

Shinkyo Bridge spans over Daiya River, 27.8 meters in length, 7.4 meters wide, and 106 meters above the river. It officially belongs to the Futurasan Shrine, a Shinto Shrine, but it is also considered as the gateway to Nikko’s shrines and temples, including the Rinnoji Shrine and the Nikko Toshogu.

Legends make a subject more fascinating, and the legend of Shinkyo Bridge is as captivating as its beauty.

In the year 766 (or 767 to some accounts), a priest named Shodo (the founder of Rinnoji) and his followers scaled Mt. Nantai to pray for national prosperity in the end of the Nara Period, but are unable to cross the rapid waters of Daiya River. The priest prayed and a god, Jinjai-Daiou (a Buddhist god), appeared. On the god’s arm are two snakes. He released it and the snakes entwined to form an arched pass while sedge (a grass-like plant with triangular stems) sprouted on its back. This is why the sacred bridge is also referred to as Yamasugeno-jabashi, or the “Snake Bridge of Sedge.”

The origin of Shinkyo is a mystery. In feudal times, only the Emperor used it, but in 1636, when the bridge was rebuilt, it was opened to Generals and messengers. It was only in 1973 when it was opened to the public in preparation for the 1982 event to celebrate the 1200th anniversary of Mt. Nantai’s enshrinement.

Shinkyo Bridge is designated as a National Treasure.

How to get there

Shinkyo Bridge is about 1.5 kilometers from Nikko Station. On foot, it takes about 25 minutes to reach. By route bus to Chuzenji or Yumoto-onsen, the Shinkyo stop is only 5 minutes away from Nikko station.