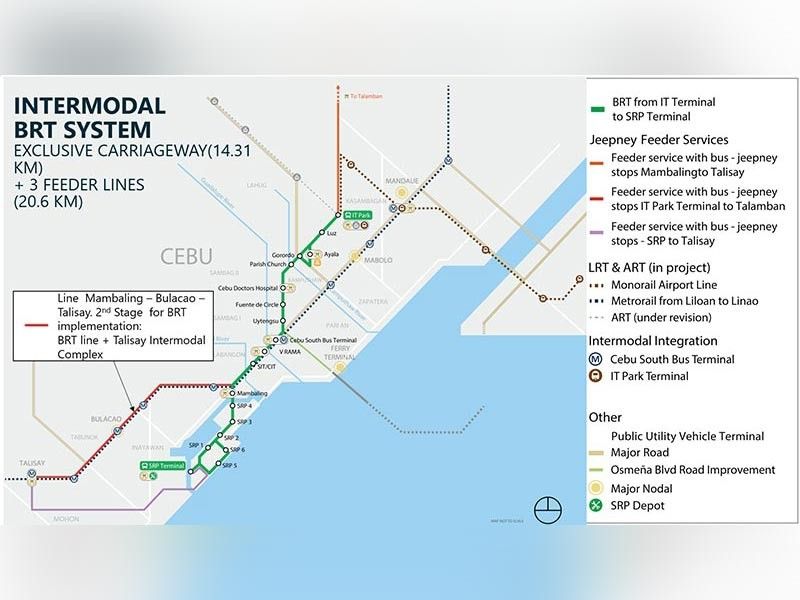 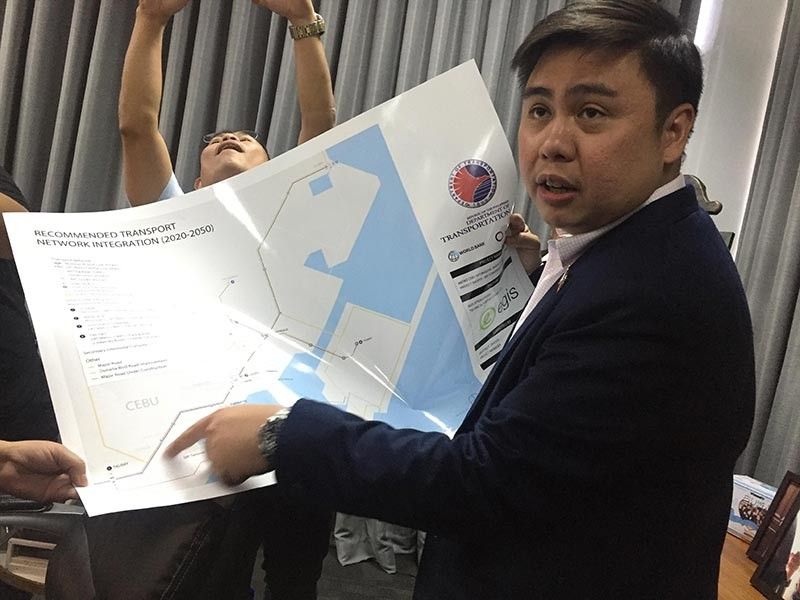 UNDER a new proposal, the route of the Bus Rapid Transit (BRT) will not be shortened. Instead, it will be extended to Talisay City.

Department of Transportation (DOTr) Undersecretary Mark de Leon made the clarification during the media conference on updates of the Integrated Inter-modal Transportation System (IITS) on Tuesday, Sept. 3, 2019, at the Office of the Presidential Assistant for the Visayas office in Mabolo, Cebu City.

De Leon said they will add feeder lines, which buses will ply to bring passengers to the BRT route.

The DOTr has been coordinating with Egis International, the project’s technical support consultant.

De Leon said this was not feasible because it would create congestion at a portion of N. Bacalso Ave. which only has two lanes. The same would happen if it proceeded to the Bulacao area.

“The original concept was up to Bulacao, but we all know that Bulacao terminal is very congested so we’re proposing to have these lines all the way to Talisay as the feeder service,” de Leon said.

The new route will be 39.88 kilometers long.

There will be three feeder stations: Talamban to IT Park, Talisay to Mambaling and Talisay to the SRP.

Feeder lines will be established since these roads are too narrow to have BRT-dedicated lanes, de Leon said.

Dedicated lanes are located on the “median of the road,” while feeder lines go along with “mixed traffic.”

Eighty-four bus stops will be built, which will also serve as pick-up and drop-off points for public utility jeepneys.

A bus information system that will notify passengers when the bus will arrive will be available at bus stops on dedicated lanes.

“How can the system predict if that (bus) will pass through the same road network with mixed traffic? The passengers waiting here will have unreliable travel time. That’s why in our new proposal, we are limiting the dedicated bus right-of-way from SRP to IT Park,” deLeon elaborated.

With the route extended to Talisay City, de Leon said they expect more passengers from the south.

The undersecretary said they are working on the same P16-billion budget funded by the World Bank and approved by the National Economic Development Authority (Neda) despite of the changes.

He said there is no need for Congress to approve the project again since it was already approved by Neda, adding there was no realignment.

Phase 1 of the project will start at the Cebu South Bus Terminal, traversing Osmeña Blvd. to Capitol Site. Target completion is in 2021.

The DOTr will proceed with civil works as soon as it is done with the detailed engineering design.

Meanwhile, de Leon said an intelligent transportation system should be in place so there is coordination at intersections to provide an efficient transport service.

He assured that two lanes will still be provided for private cars and other motorists on each side.

He said they have yet to determine the fare, but it will be affordable. Although, they have seen that people in Cebu are “willing to pay a little extra for their convenience and safety.”

Last Aug. 27, Cebu City North District Rep. Raul del Mar delivered a privilege speech, expressing his concern about the realignment of the Cebu BRT. He said “it might prove to be of great detriment” to Cebu City.

However, Dino explained that the traffic would only get worse if they did not make minor changes on the route.

BRT is part of the IITS project of the national government, with the monorail “with an LRT (light rail transit) capacity” as the main backbone.

The monorail project, an unsolicited proposal by Udenna Infrastructure Corp., is undergoing technical review at Neda.

Archival said Cebu City’s modernization program for the traffic digital system should be aligned with DOTr’s plans so that any step in improving the traffic system will be incorporated in the BRT system.