CCPO: no signs of released Chiong convicts in Cebu yet 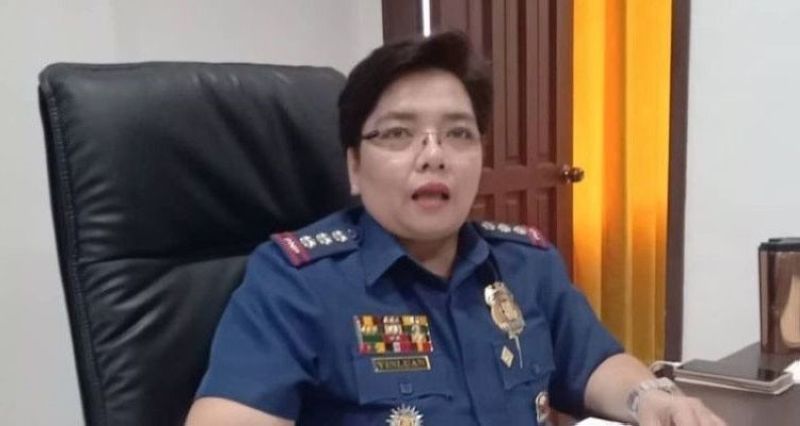 THE Cebu City Police Office (CCPO) will be monitoring the whereabouts of the three men convicted of kidnapping and killing the Chiong sisters in 1997 who were recently released from jail after they benefited from the Good Conduct Time Allowance (GCTA) law.

According to Colonel Gemma Vinluan, CCPO director, they have no information yet if Josman Aznar, Ariel Balansag and Alberto Caño have returned to Cebu.

She also said they will wait for a court order before taking them back into custody.

In the meantime, Aznar, Balansag and Caño will be placed on a watchlist, she said. Their every move will be watched, she said.

Once her office receives the court order, they will not hesitate to arrest the three men.

Vinluan said she is against the release of any convict of a heinous crime.

She is also not in favor of releasing suspects arrested in anti-drug operations through the plea bargaining.

A detained street pusher may meet a big-time drug lord inside.

Once released, he ends up being a big-time drug personality himself, she said.

“Kaya ang ginawa namin, mino-monitor ‘yung nakalaya na (So what we do, is we monitor

those who have been set free),” Vinluan said.

She is also afraid that once released, these drug personalities will go after their captors, placing the lives of police officers in danger.

Meanwhile, Malacañang said Tuesday, September 3, 2019, that it was “unfair” for Thelma Chiong, mother of the kidnapped and murdered Chiong sisters, to blame President Rodrigo Duterte for the release of Aznar, Balansag and Caño, but assured her that their possible re-arrest is being studied.

Presidential Spokesman Salvador Panelo said the Office of the President urged the DOJ to study the possible re-arrest of those released for GCTA but were disqualified by law, including those convicted of heinous crimes.

He said the “People vs. Tan” case, from which the Supreme Court ordered the re-arrest of a person who was erroneously released by a jail warden based on GCTA, “might be a good legal basis for the same.”

He likewise noted that Article 99 of the Revised Penal Code on the irrevocability on the grant of GCTA is premised on the grant having a lawful justification.

“Without a lawful justification, therefore, the said grant is void and the person who benefited from it may not invoke its irrevocability hence can be incarcerated to continue his or her sentence,” Panelo said.

“The President will not tolerate any form of injustice being committed under his watch and it is for this reason that he will ensure that the practice initiated by the past administration on the granting of GCTA will no longer continue,” he added.

To Thelma, Panelo said she should not question the President’s integrity just because three of the seven convicts in the 1997 rape-slay of her daughters Marijoy and Jacqueline were released based on GCTA.

Panelo made the statement a day after Bureau of Corrections (BuCor) Director General Nicanor Faeldon confirmed the release of Aznar, Balansag and Caño after they qualified for GCTA provided under Republic Act (RA) 10952.

The three men, as well as the four others convicted of the crime, were each meted two life terms. Their release order was signed by Faeldon on August 16, 2019.

“While the Palace understands the plight of Mrs. Chiong and commiserates with her situation, we believe that blaming Duterte for Republic Act 10592 with all its ambiguities is undeserved and unfair,”

Chiong decried the release of the Aznar, Balansag and Caño, saying that it felt like they killed her children “all over again.”

She also blamed Faeldon for the release of the three convicts.

“Four presidents have come and gone, but the Chiong 7 never got a presidential pardon. But here comes Faeldon who easily released them without considering the legal ramifications of his act,” she was quoted as saying.

RA 10592 states that only the BuCor head, Bureau of Jail Management and Penology chief or the jail warden shall grant GCTA, which shortens inmates’ jail time for good behavior. But only the BuCor director general is authorized to sign release orders.

Panelo, however, said it was unjust to find fault with Duterte, especially since the law was signed by his predecessor, former President Benigno Aquino III, in 2013.

He also clarified that the granting of allowances for good conduct is “not a form of executive clemency.”

“For the further information of Mrs. Chiong and the public, the actual computation of GCTA does not pass through the Department of Justice (DOJ) and therefore will not even reach the Office of the President before its benefits can be granted to qualified inmates,” the Palace official said.

“We stress that the granting of GCTA is not a form of executive clemency, the awarding of which belongs to the Office of the President.

The buck in this case stops with the Bureau of Corrections,” he added.

“to release persons deprived of liberty from imprisonment due to good conduct, regardless of whether they were serving their sentences for a conviction of a heinous crime or not.”

He issued the remarks after saying recently that convicts of heinous crimes are ineligible to be granted early release based on good conduct because they are excluded from the benefit of the coverage of RA 10592.

But the implementing rules and regulations of the law cover even those convicted of heinous crimes.

“The basis for this practice was the Implementing Rules and Regulations (IRR) of the law, crafted and issued jointly by former Secretary of Justice and now detained Leila de Lima and former Secretary of the Interior and Local Government, Manuel Roxas II, in 2014, which included those convicted of heinous crimes as qualified to avail the benefits of RA 10592,” Panelo said.

“Clearly, the law and its IRR were prepared not by the officials of this Administration but by the previous one. The practice of granting GCTA to those convicted of heinous crimes has also been existent years before Duterte assumed his presidential seat,” he added.

Panelo said it was clear that those who had a hand in including convicts not covered by the law were “probably employees employed during the previous administrations and are therefore protected by the Civil Service Law.”

“Hence, Duterte could not and cannot-just remove them without violating their security of tenure,” he said.

With regard to the BuCor officials, Panelo said Duterte would “maintain the status quo until the congressional hearings are concluded.”

“He (Duterte) will be monitoring the conduct of the legislative investigation and give appropriate consideration to the findings of Congress,” the Palace official said.

The GCTA law is the subject of a joint hearing of the Senate committees on justice and human rights; constitutional amendments and revision of codes; public order and dangerous drugs; finance; and Blue Ribbon. (FROM AYB OF SUPERBALITA, SUNSTAR PHILIPPINES)