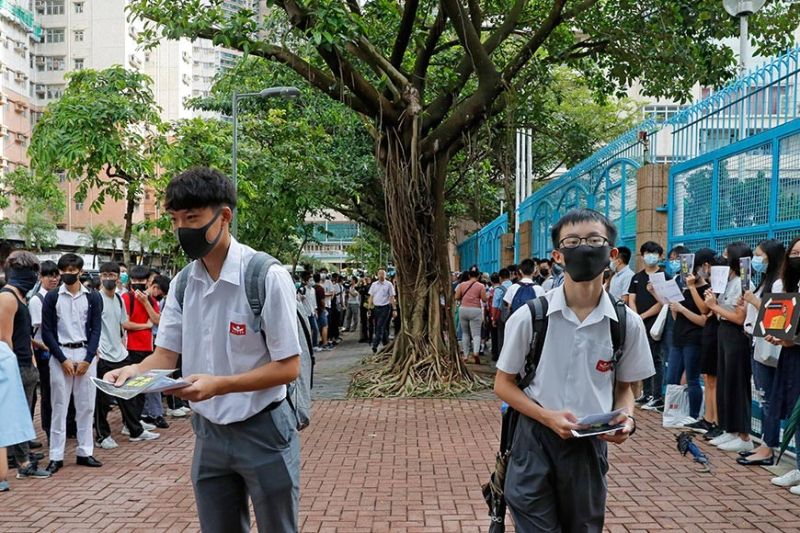 The office of lawmaker Michael Tien confirmed a meeting with Lam was taking place at 4 p.m. Wednesday but his office didn't have details of the agenda.

Lam has no scheduled media appearance. The South China Morning Post cited an unidentified government source as saying the bill would be withdrawn before the city's legislature resumed in October.

The bill, that allows Hong Kong residents to be sent to mainland China for trials, sparked massive protests that has rocked the city since June. Lam has suspended the bill, but protesters want it entirely withdrawn. (AP)