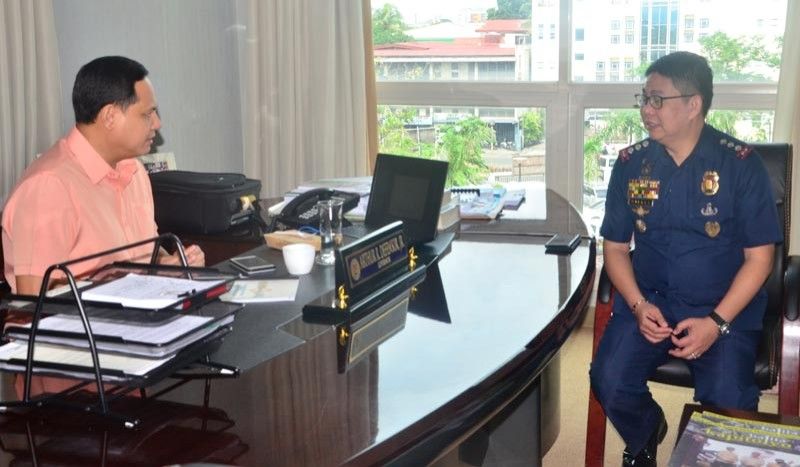 ILOILO Governor Arthur Defensor Jr. mulled the creation of a “Bantay Dalan” team that will ensure road safety and order in the province.

The province will tap the Iloilo Provincial Police Office (IPPO) for a patrol team that will not only enforce the law, but also respond to road accidents and disasters.

“We want to have a patrol that will literally watch over our roads. It will not only be for law enforcement but it will have a disaster risk reduction and management facet like rescue capability and first aid response,” the governor said.

They will also help the province enforce local ordinances concerning road safety such as the Traffic Code and the Overloading Ordinance.

The province is now in the process of putting the Bantay Dalan in the Annual Investment Plan (AIP) for budget allocation.

“Because you need vehicles and personnel for that. And the vehicle should be equipped with law enforcement and DRRM (Disaster Risk Reduction and Management) capabilities,” he said.

The Bantay Dalan is a counterpart of the Bantay Dagat which strictly implements fishery laws and helps preserve the marine resources of the province.

The governor is also set to meet with the department heads for the operationalization of the Provincial Task Force on Road Safety.

“Since we have a limited number of policemen, the IPPO will capacitate and train the barangay tanods,” Vilela told the press during his courtesy call with Governor Defensor on September 4.

Vilela said his strategic direction is in support of the thrust of the Police Regional Office (PRO)-Western Visayas under Regional Director Rene Pamuspusan.

His priority programs are summed up in the acronym Iloilo which stands for: Illegal drugs should be eradicated; Law enforcement operations will be relentless; Optimization of police operations and resources; Internal cleansing and discipline; Local communist armed conflict should be concluded; and Organization of mobile volunteers and seeking of active participation of stakeholders for peace and development. (PR)