4Ps beneficiaries may get rice instead of cash 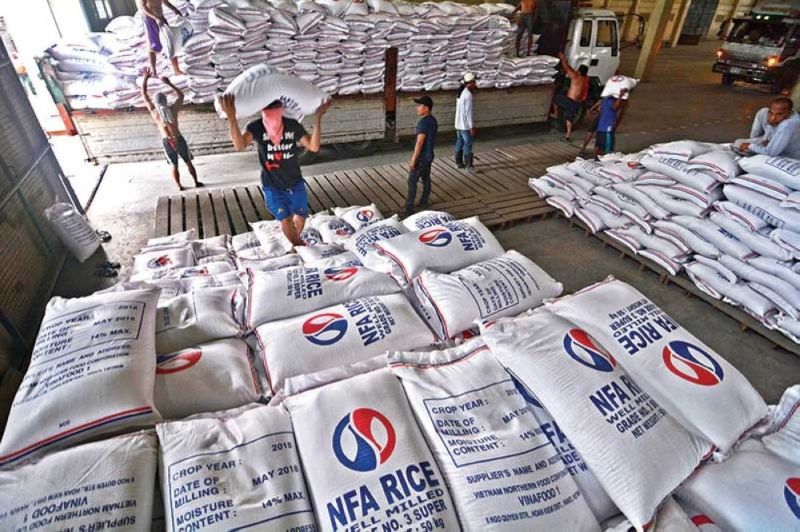 IN A BID to help Filipino farmers, the Department of Agriculture proposed Wednesday (DA), September 4, the distribution of rice instead of cash to beneficiaries of the Pantawid Pamilyang Pilipino Program (4Ps).

Agriculture Secretary William Dar said the Department of Social Welfare and Development (DSWD), which implements the government's conditional cash transfer program, was amenable to the proposal and may begin distributing rice to 4Ps beneficiaries by September.

"'Yung 4Ps na nandoon sa DSWD, P28 billion po ang nakalaan sa rice subsidy at binibigay po ng cash at P600 per month per beneficiary. Now, last week, we have been in touch-base with the Secretary of DSWD. Sabi namin, ang proposal, why not give rice this time around?" Dar said.

(Around P28 billion has been allotted for the rice subsidy of beneficiaries of 4Ps identified by the DSWD. Each beneficiary receives P600 as rice subsidy every month. Now, last week, we have been in touch-base with the Secretary of DSWD. We said our proposal is why not give rice this time around? And they are open.)

(And they are open. So the final discussion are beijg made. They may start distributing rice this quarters starting of course in September. And they will purchase that from our provincial governments and the National Food Authority. This is one way of helping the affected farmers.)

Dar made the suggestion in a bid to help farmers, whose income have dropped because of the steady decline in the farmgate price of palay (unhusked rice) following the implementation of Republic Act (RA) 11203 or the Rice Tariffication Law.

Under RA 11203 signed by President Rodrigo Duterte in February this year, the Rice Competitiveness Enhancement Fund will have an annual appropriation of P10 billion for the next six years to boost rice farmers' profitablity and competitiveness.

Senator Francis Pangilinan, however, earlier sought the conduct of an inquiry into the reported adverse effects of the RA 11203 which has purportedly prompted the shutdown of 4,000 rice mills around the country and forced 200,000 farmers to abandon the food production industry.

Dar said he would also suggest to Congress to consider making his proposal a "permanent" policy.

(We are also talking with the legislative branch. Because if it's granted through a law, we will suggest the distribution of rice instead of subsidy. That's our position. And we will recommend to make it a permanent policy.)

Under RA 11310, beneficiaries will receive P750 health and nutrition grant monthly, which replaces the P600 rice subsidy being granted to them. (SunStar Philippines)