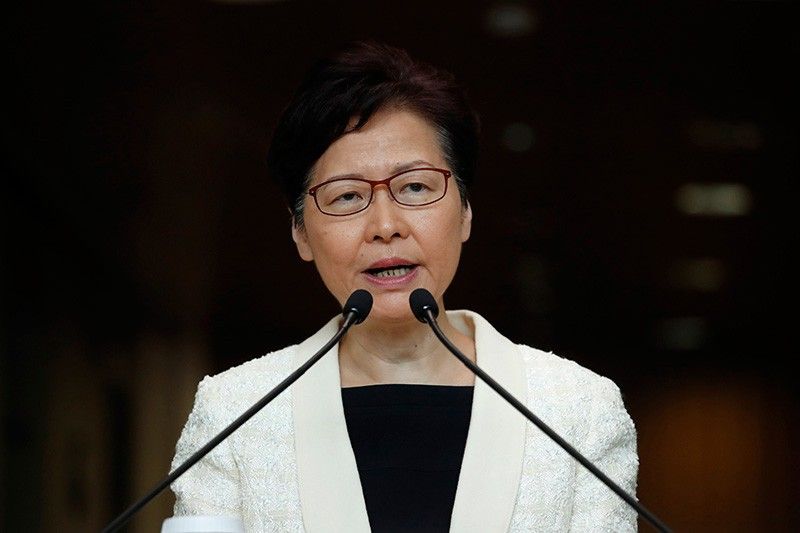 HONG Kong Chief Executive Carrie Lam has announced the government will formally withdraw an extradition bill that has sparked months of demonstrations in the city, bowing to one of the protesters’ demands.

The bill would have allowed Hong Kong residents to be sent to mainland China for trials. It sparked massive protests that have become increasingly violent and caused the airport to shut down earlier this month.

But Lam said in a pre-recorded television message on Wednesday, September 4, that the government would not accept other demands, including an independent inquiry into alleged police misconduct against protesters. However, she named two new members to a police watchdog agency investigating the matter.

Protesters have also called for the release of those detained without charges, but Lam said this was unacceptable.

A lawmaker said the withdrawal of the bill was too little, too late.

Local broadcaster TVB said television stations had been told to be on standby to air a pre-recorded announcement by Lam at 6 p.m. (1000 GMT).

The bill allowing Hong Kong residents to be sent to mainland China for trials sparked massive protests that have rocked the city since June. Lam has suspended the bill, but protesters want it entirely withdrawn. They also want democratic reforms to Hong Kong’s government and an independent inquiry into police actions against protesters. (AP)