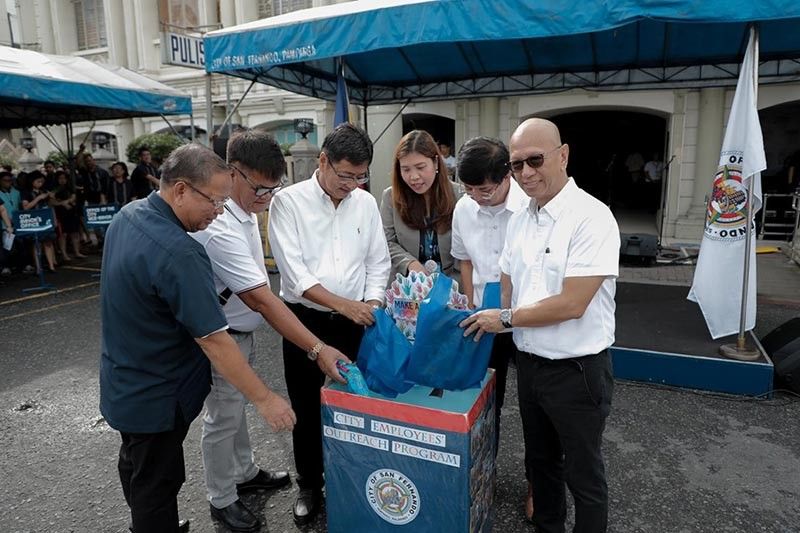 THE City Government of San Fernando has been one with the Civil Service Commission in its objective to uphold the values of public service, through the staging of several activities that mold and develop the skills and abilities of Fernandino public servants.

Thus, it is once again joining the agency in its observance of Philippine Civil Service Anniversary this September, with activities lined up not just for the benefit of CSF local government unit community, but also for the less-privileged Fernandinos.

Taking the lead among the slated activities for the Civil Service Month are those that promote total well-being among the employees which include “Health and Wellness Fair” on September 18 at Heroes Hall and “Color Run for a Cause” on September 20 at Clark Parade Grounds.

This year’s observance will also be a month of recognition for the exceptional public servants of the LGU, through “Loyalty Awards,” an award-giving body for the employees who have rendered long years of service in the city government. This will happen on September 25 at Heroes Hall.

Meanwhile, an award-giving event which focuses on recognizing outstanding individuals and groups, “Program on Awards and Incentives for Service Excellence” (PRAISE), will be staged on September 30 at City Hall.

The celebration will culminate on October 2 at Heroes Hall through a seminar and orientation on the pre-retirement and other policies of the Government Service Insurance System (GSIS).

One of the highlights of this observance will be the City Employees’ Outreach Program for Fernandino and non-Fernandino street children, mendicants, and orphans.

CHRM Officer Rachelle Yusi said that the gift-giving last year was able to reach more than 200 children coming from the City of San Fernando and Arayat, and for this time, the city is targeting to give gifts to the children of Reception and Study Center for Children in Lubao.

During his speech, Mayor Edwin “EdSa” Santiago remarked that the city has always been steadfast in helping young Fernandinos and children from its neighboring areas.

He also encouraged all the employees of the LGU to participate in the slated activities as these will help them be more equipped with the challenges of public service. (PR)