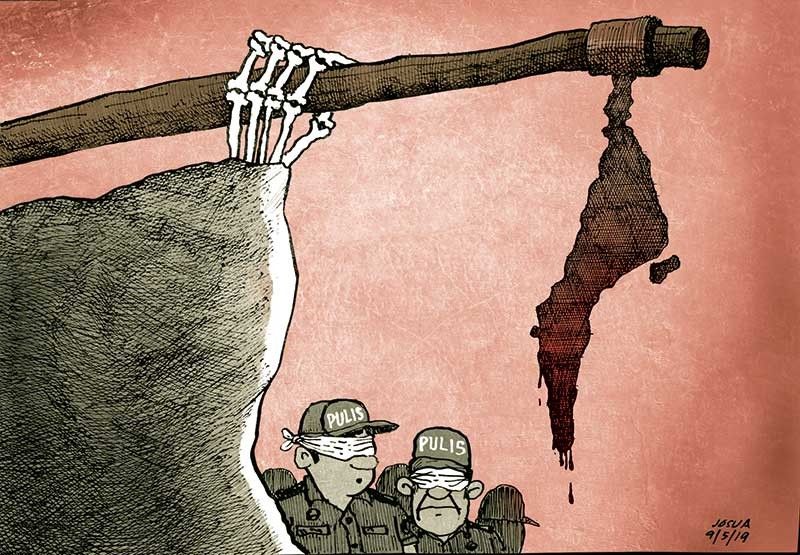 IN ANOTHER world, it might have been a George Clooney-starrer with a suave shootout sequence. But this week opened with Monday’s real-life ambush of lawyer Inocencio de la Cerna Jr., yet another attack on a lawyer on this side of the community. Closest to mind is Jonah John Ungab, then vice mayor of Ronda town in Cebu, killed in the same vicinity last Feb. 19, 2019. There were Mary Ann Castro and Noel Archival as well. They weren’t as lucky as de la Cerna Jr.

The lawyer was leaving the Cebu City Hall of Justice at the Qimonda compound in his Toyota Land Cruiser when a masked gunman surfaced and quite precisely shot the driver side’s windshield and window.

In his version, the lawyer ducked, dodged the bullets. A security guard who saw the shooting said the gunman hopped into a partner’s motorcycle, but not before shooting at a policeman who was then escorting an arrested person. De la Cerna earned a bit of headway and drove off south, to Don Sergio Osmeña St., while groping for his gun. More shots came from everywhere, bullet holes popping out and glass shards pelting forth, until he saw ominous red light ahead at the corner of Alviola St. He thought he had to stop and confront the enemy. “It’s either them or me,” he later said.

Here you’d think it was another scene straight out from a film noir, but then again, it as real life. The riding-in-tandem attackers, contract killers most likely, saw the brave lawyer with the gun stepping out of his car, which later revealed 11 bullet holes on its windows. They had to back out, it wasn’t their day.

In our propensity for unintended ironies, the ambush happens while the Cebu City Police Office launched its Crime Prevention Week.

This is also happening in the city when efforts for police visibility are, well, most visible. In many corners of the city, you see masked cops on motorcycles, slinging high-powered firearms, going about their routine around the city. Add that to the omnipresent checkpoints strewn on many points of the metro.

But with the number of daylight killings in open roads, you can’t fault citizens for scoffing at all these posturing. Gunmen, mostly, riding-in-tandem, have branded themselves as emboldened daredevils in a world where cops seem non-existent, inutile, fugitive.

So what is it exactly, this great task of the city’s finest when enemies of the law flaunt themselves with the confidence of the devil? Just where exactly are we failing?