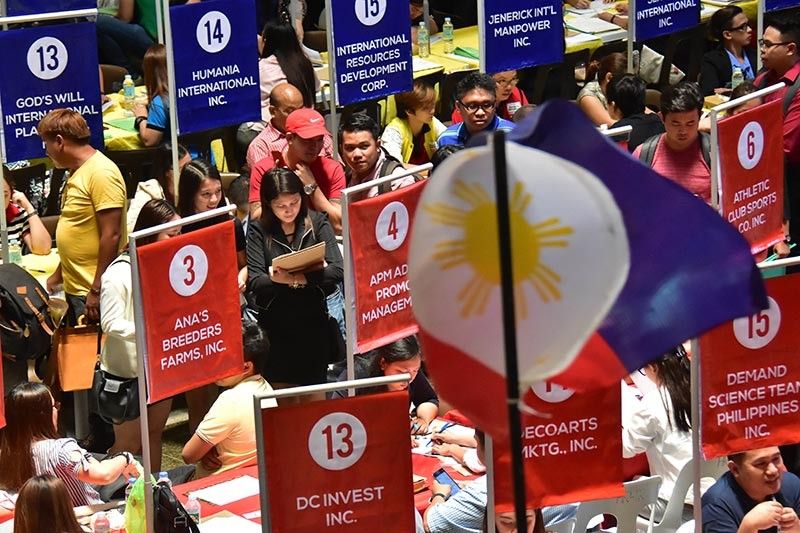 JOB FAIR 2018. Thousands of Dabawenyos flock inside a mall in Davao City trying their luck in finding jobs with 12,000 opening available during the Labor Day’s job fair organized by the Department of Labor and Employment in Davao City. (Macky Lim)

A DAVAO City councilor is pushing for the establishment and institutionalization of worker’s protection desk for the city, which will be implemented in barangay level.

Librado-Morata, committee head on labor and employment opportunities, said the desk will “stand as a mechanism to resolve worker’s issues from the barangay to the city level”.

The councilor said her proposal was discussed during the Executive-Legislative Agenda (ELA) meeting of the city government in July this year.

“Hopefully, upon approval of this ordinance, we can also assure the rights of workers to self-organization, collective bargaining, security of tenure, and just humane conditions of work,” Librado-Morata said in her privilege speech on Tuesday at the Sangguniang Panlungsod

Among the functions of the city desk includes: develop and maintain an up-to-date quantitative barangay-level inventory and registry of the city’s labor source; promote educational and information materials on the protection and promotion of basic rights of workers; coordinate and work with various labor and employment agencies of government as well as local and international non-government organizations and institutions advocating for the protection and promotion of labor rights and welfare; and organize a network of volunteer lawyers and paralegals to help provide free legal services for workers.

The councilor added that she is also against any form of contractualization.

She also said that consultations and dialogues with trade union leaders and local workers are important in raising worker’s concerns and issues, which the proposed desk aims to address.

“I encourage the Sangguniang Panlungsod and several other offices to continue what has already started in the city with regard to the protection and provision of opportunities to workers,” Librado-Morata said.