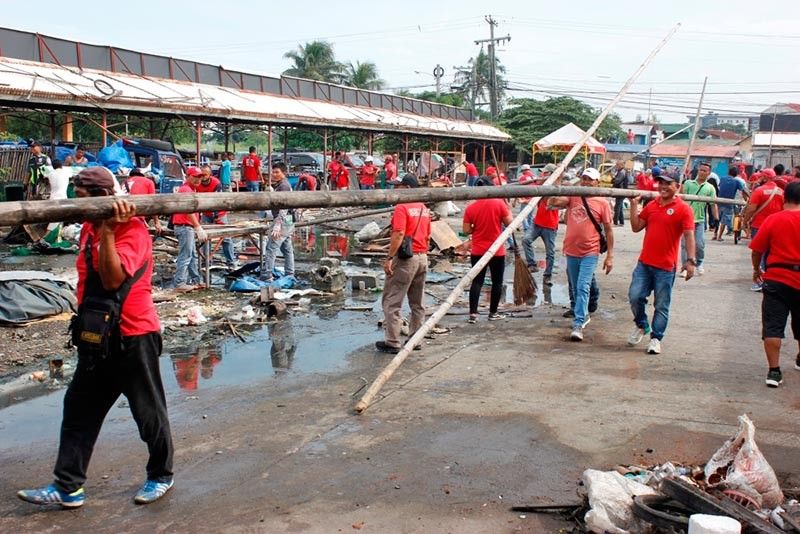 THE Bacolod City Legal Office (CLO)-Enforcement Unit was directed to ensure that the sidewalk vendors will not reconstruct their illegal structures at the downtown area.

Vice Mayor El Cid Familiaran said yesterday, September 4, the CLO-Enforcement Unit were tasked to ensure that there will be no illegal structures in the areas of Araneta Street, Gonzaga, Luzuriaga, Bonifacion and Ballesteros Street.

He said about 380 sidewalk vendors in said areas voluntarily removed their illegal structures last week and transferred to the Bacolod Vendor’s Plaza.

“We have 60 days to demolish the illegal structures not only in the downtown area or the public markets but in all 61 barangays here and we should to comply with it,” he added.

The demolition of illegal structures is in pursuant to Memorandum Circular 2019-121 of the Department of the Interior and Local Government (DILG) directing local government officials to implement the clearing of roads.

The DILG memo stated that within 60 calendar days, significant results must be achieved, documented, and reported together with the efforts of the local government units to sustain the same.

After the downtown area, Familiaran said the CLO-Enforcement Unit will go down in the barangay level to remove the illegal structures.

He said they also advised the barangay officials that if their constituents will refuse to voluntarily remove their illegal structures, they should refer it to the CLO-Enforcement Unit.

“If they will not voluntarily remove their illegal structures, the CLO-Enforcement will remove it,” he added.

Meanwhile, Familiaran said they are now studying the putting up of night market in the city to accommodate some of the vendors who were affected of the demolition.

He said last week, he was in Davao City attending the Board meeting of the Vice Mayor’s League and he saw the city’s successful night market which it started from 5 p.m. until 12 midnight.

“It also took them more than six months before it succeeded (night market). It was very orderly. They separated the food businesses, accessories, and clothing for the convenience of the costumers,” Familiaran said.

He said he will discuss this with Mayor Evelio Leonardia if they can follow the night market of Davao City.

Leonardia earlier said that they are proposing to establish the night market from Araneta Street towards Luzuriaga and Gonzaga Streets.

He said the night market concept has proven to be a big success in other Asian cities.