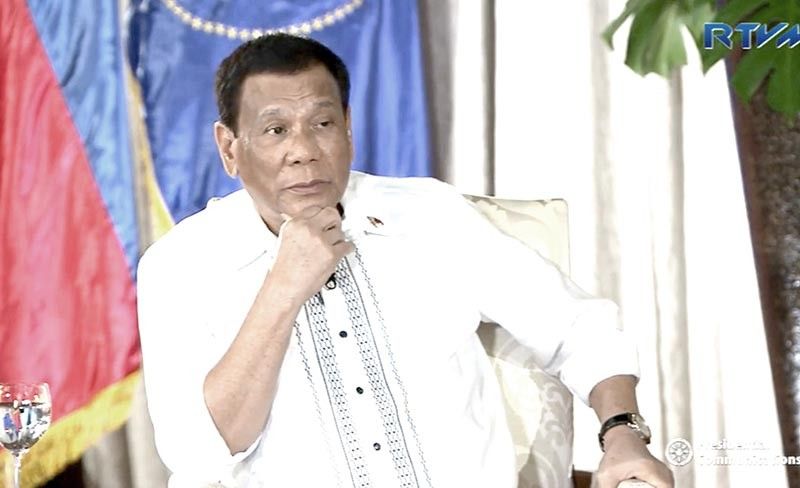 SURRENDER in 15 days or there would be a bounty for your head. P1 million per convict, dead or alive.

President Rodrigo Duterte issued this order to freed convicts Wednesday, Sept. 4, 2019, as he also demanded the “immediate” resignation of Bureau of Corrections (BuCor) Director General Nicanor Faeldon who, hours later, said he would resign. In a statement following Duterte’s demand, Faeldon said, “My commander-in-chief/appointing authority has spoken. I am a marine and a marine does as he is told.”

What remains to be seen is the surrender in 15 days from Wednesday of the freed convicts. If they fail to turn themselves in, the President said he was considering a P1 million reward for the re-arrest of each heinous crime convict who was released based on the good conduct time allowance (GCTA) system.

Among those covered by the surrender ultimatum are the three persons convicted in the Chiong case who were released last month under the GCTA. They are Josman Aznar, Ariel Balansag and Alberto Caño, three of the seven men convicted for the 1997 rape-slay of Marijoy and Jacqueline Chiong.

“P1 million per head, dead or alive,” Duterte said in a press conference where he issued the ultimatum.

“Lahat ng nakulong at na-release sa batas na ito (Released inmates because of the law), [1,914] of you, you surrender and have yourself registered with the BuCor. I will give you 15 days liberty, provided you make yourself available any time that you will be called for investigation,” Duterte said.

“If you do not, then beginning at this hour, you are a fugitive from justice and you will be treated as a criminal who is evading the law. You know things can go wrong. If I were you, magsurrender na kayo to the nearest police or military detachment because I will not need to have a warrant (of arrest),” he added.

The President said he was ready to “kill” the killers of the Chiong sisters, Eileen Sarmenta and Allan Gomez, if an opportunity arises.

“Given the propensity of [1,914], including ‘yung nagpatay sa Chiong sisters, pati ‘yung Sanchez, ‘yung high profile na galit ang tao, gusto ko silang patayin, kaya lang walang opportunity. But given, I’ll execute them. No problem,” he said. (Those who killed the Chiong sisters, there’s Sanchez, other high-profile cases. People are angry that they were released. I want them dead.)

Convicted for the rape-slay of Sarmenta and the killing of Gomez was former Calauan mayor Antonio Sanchez, who was supposed to be among those released for good behavior.

Sanchez’s release order, however, was recalled following the public outrage on his impending release.

For her part, Thelma Chiong, mother of Marijoy and Jacqueline, said shooting the released convicts in her daughters’ case was right because their release was illegal. “Shoot to kill na ‘na kay illegal ang pagpagawas nila. Angayan lang dakpon... i-shoot to kill,” she said in a GMA 7 Balitang Bisdak report. (Kill them because their release was illegal. They should be re-arrested and shot if they resisted.)

Marijoy and Jacqueline were kidnapped outside a mall on the night of July 16, 1997. Marijoy was found dead two days later. Jacqueline’s body was never found. Marijoy was 19 and Jacqueline, 21. It was a high-profile case that involved sons of prominent families in Cebu.

Aside from the three convicted men who were released, the others found guilty of kidnapping and illegal detention were Francisco Juan “Paco” Larrañaga, Rowen Adlawan and brothers James Andrew and James Anthony Uy, a minor during the kidnap-slay of the sisters. They were sentenced to two life terms.

The Supreme Court upheld the lower court’s ruling and imposed the death penalty on convicts Larrañaga, Aznar, Adlawan, Caño, Balansag and James Andrew Uy on Feb. 3, 2004. The death penalty, however, was abolished in 2006. Larrañaga, a citizen of Spain, was transferred to a jail in Spain. The rest are held at the New Bilibid Prison.

On Faeldon, the President said the BuCor chief has to go “because Faeldon disobeyed my order.”

Several lawmakers had sought Faeldon’s removal from BuCor because of the outrage sparked by the GCTA system.

Records from the BuCor showed that 1,914 inmates convicted of heinous crimes have been granted early release since 2014 on the basis of good conduct.

The President re-appointed Faeldon to the Office of Civil Defense and later tasked him to lead the BuCor in November 2018. AYB / MVI / SunStar Philippines