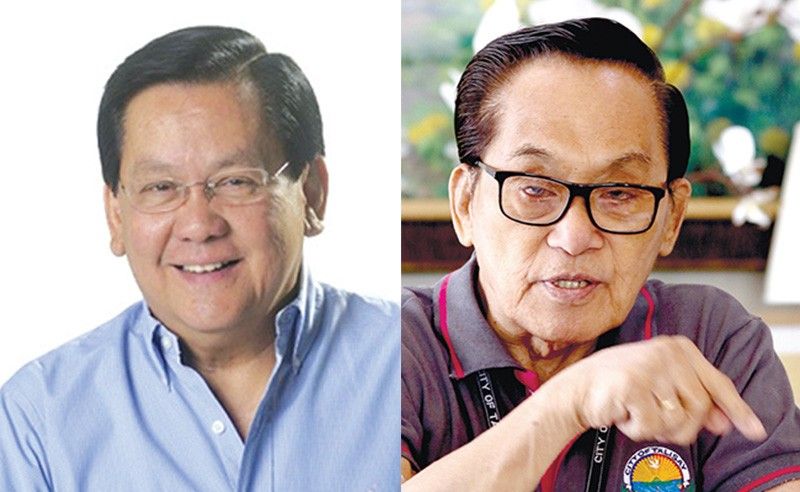 AUTHORS/SPONSORS and those who voted for a bad or publicly hated law are often blamed although the measure is approved by the majority in each house of Congress and signed into law by the president. Collective and joint decision-making.

The Good Conduct Time Allowance (GCTA) bills that became Republic Act #10592 -- which is now faulted for premature release of 1,914 prisoners, most of them convicted for heinous crimes – is no exception.

Listed in news media stories as among those who initiated or approved the bill are two Cebu legislators: Sergio Osmena III in the Senate and Eduardo Gullas in the House.

Serge, the stories said, was among those who signed Report #82 of the committee that reviewed and fused eight measures filed by then senators Manuel Villar Jr., Francis Escudero and Miriam Defensor Santiago.

Gullas was among the authors of House Bill #417, which was consolidated with the Senate version, SB #3064. With Gullas were then Aurora congressman Juan Edgardo Angara, Marilyn Aggabas of Pangasinan, Victor Francisco Ortega of La Union, and Georgidi Aggabao of Isabela.

It was during the 15th Congress. Then president Benigo Aquino III signed the now controversial GCTA law on May 29, 2013.

It is obviously a flawed law but the bureaucrats who exploited it were responsible for the actual corruption, which the law helped facilitate.

De Lima’s part of it

Senator-who-can’t-attend-sessions and detainee Leila de Lima has urged caution about taking down the GCTA law.

Partly because she’s a detainee herself who might benefit from it but mostly because she, as then justice secretary, and Mar Roxas, then local government secretary, were responsible for the IRR (implementing rules and regulations) of the GCTA law.

But the Senate hearing also uncovered some flaws in the IRR. Incumbent DOJ chief Menardo Guevarra told the Senate they would correct the defects.

Paraphrasing the quote from a movie, which tackled in part “the fluid majesty of the law,” De Lima said “we ought not to be affected by the weather of the day, but should be, by the climate of the era.” Killing the law, she said, is to “retrogress from hard-won triumphs in the legal universe.”

What Tomas must hurdle first

Former Cebu City mayor Tomas Osmeña finally went to court in his own name to stop the spending of the proceeds of the sale of South Road Properties (SRP) lots.

Alleging that the sale was fraudulent and illegal, Osmeña through his lawyers last Monday, September 2, asked the Regional Trial Court to issue an injunction against Mayor Edgar Labella and the city government.

Would the TRO be too late? The City Council already approved the spending for Supplemental Budget #2 and City Hall would be paying seniors subsidy Saturday, September 7. But surely, they couldn’t consume all that money fast enough.

The first big barrier for Tomas though would be the question of whether the court would consider the case “justiciable”: Is there an actual conflict over a right and does the former mayor, now a private citizen, have the right to litigate?

During his term, from 2016 to 2019, Tomas had the opportunity and capability, since BOPK for some time controlled the City Council, to have the city government seek court rescission or annulment of the contract. He did not, relying instead on the lawsuit of a private citizen, which didn’t seek dissolution of the contract but only to stop the spending of the sale’s proceeds.

The court threw out that case. Would Tomas’s own complaint have better chances?